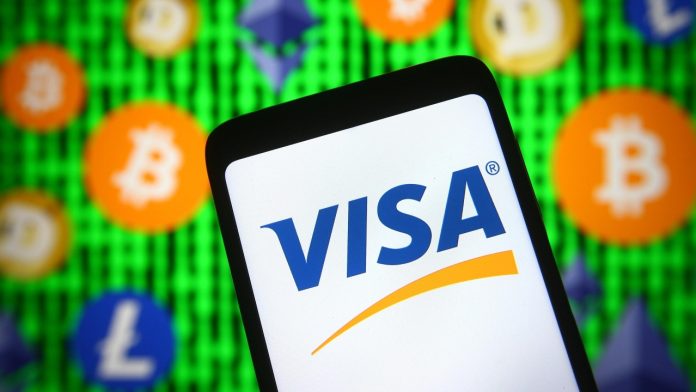 It is obvious that NFT, which stands for an immutable token, has been on the rise recently. These are unique digital assets originally designed to represent ownership of a virtual item. According to the head of Visa’s crypto division, this is just the beginning.

The company announced that it has purchased CryptoPunk for $150,000 worth of Ethereum. Cuy Sheffield, head of the crypto at the company, said crypto addresses are just as important as postal addresses. That said, NFTs will play an important role in the future of retail, social media, and entertainment.

Unlike cryptocurrencies such as Bitcoin and Ethereum, NFTs cannot be similarly exchanged for other NFTs. Thus, NFTs become more limited and their value increases. The head of Visa crypto talked about the NFT acquisition. Sheffield said that CryptoPunks has become a cultural icon for the crypto community.

Over the last 60 years, Visa has built a collection of historic commerce artifacts – from early paper credit cards to the zip-zap machine. Today, as we enter a new era of NFT-commerce, Visa welcomes CryptoPunk #7610 to our collection. https://t.co/XoPFfwxUiu

So, which NFT product did Visa buy? CryptoPunks has 10 thousand different collectible characters on the Ethereum blockchain. Visa announced that it has acquired CryptoPunk 7610. The character in question features a woman with mohawk hair and make-up.

Meanwhile, the bank named Anchorage Digital became the custodian of the deal. It was also one of the first banks to participate in a deal using NFT technology. To better understand the NFT technology, the company decided to become part of the industry in alliance with the bank of Anchorage. The NFT that Visa bought is stored in a digital vault, which it only accesses with the company’s private key.

Cardi B and Offset Welcome Their Second Baby