Markets started to give mixed signals following Jerome Powell’s comments. While the S&P 500 Index in New York closed yesterday with a record breaking, the US Dollar Index (DXY) fell back to the level of 92.40. Meanwhile, although the Bitcoin price fluctuated slightly with Powell’s statements, it continues to stand at $ 11,400 for now.

Bitcoin Could Be The Way To Escape

According to Andy Yee’s estimates, we will continue to feel the impact of Jerome Powell’s statements yesterday for many years to come. Thinking that we are going through a unique era right now, Andy Yee stated that Powell’s speech will be “featured in history books”.

Andy Yee, who says that “such a small minority has never stolen so much from such a great majority throughout history” and draws attention to the failure of the current order, prefers to use Bitcoin to escape this system. 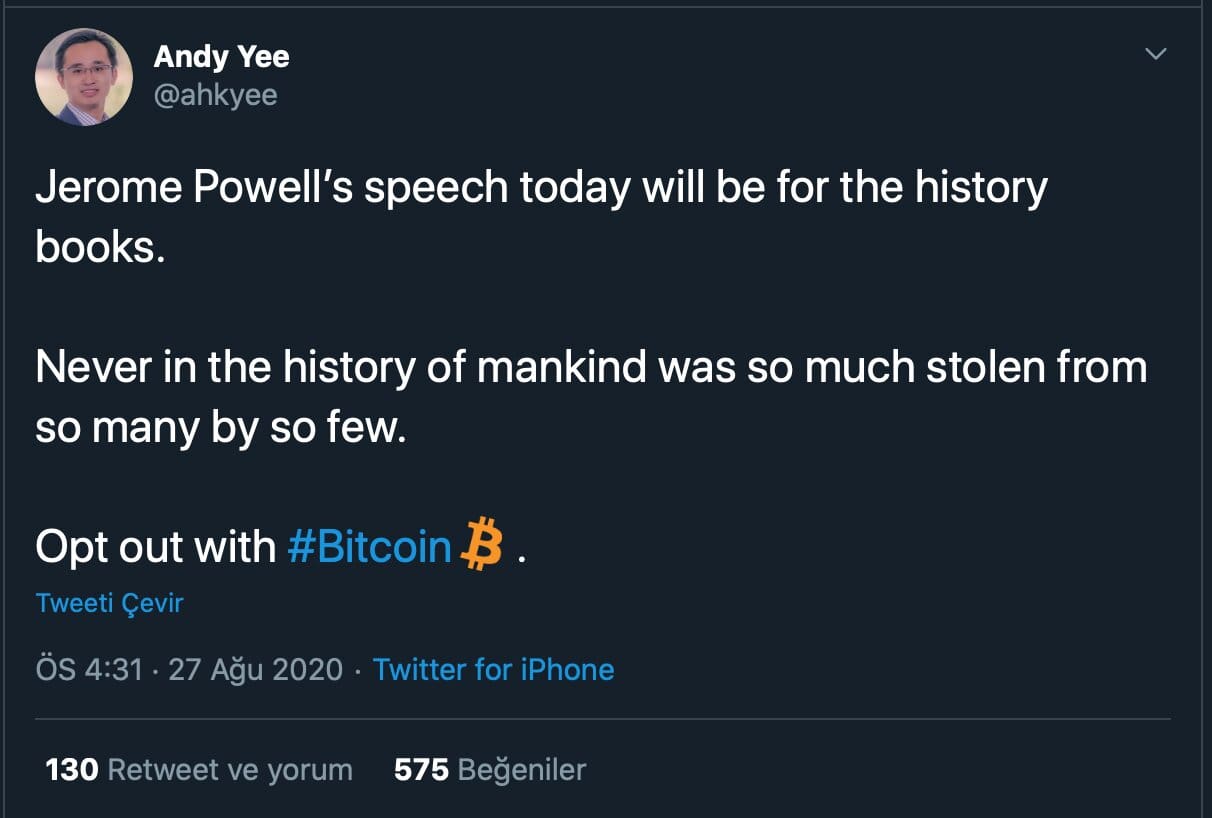 Bitcoin Could Rise With Inflation

Jerome Powell’s statements, the Fed’s policies will continue to affect the markets in the long run. Some experts, who interpret how gold and Bitcoin prices will be affected by this process, argue that these two assets may gain in value over time.

Raoul Pal, CEO of Global Macro Investor, thinks that the Fed’s inflation policy will result in a rise in gold and Bitcoin prices. Macro economist; He emphasizes that the drop in gold and bitcoin prices in the short term will not be long-lasting and says about the two assets:

“The decrease in gold and bitcoin prices may continue for a while, I am aware. But Powell’s statements showed us that the Fed has no intention of increasing the interest rate… I expect both gold and Bitcoin prices to rise in the long run. “

Meghan Markle and Harry: their arrival on Netflix

LGPD comes into force now, but without regulatory body

Why are the fans so afraid to see Lili Reinhart and...

“One Kiss”, New English Lesson For Our Course

An Amazon Courier in the USA Caught Spitting Out the Package...

Current Movement of Bitcoin Gives the Signal of Explosion

Penalties for Australia who do not comply with Corona Virus Quarantine...