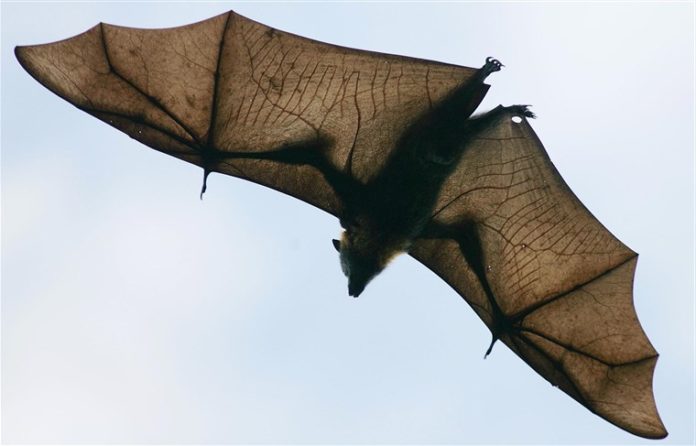 Virus outbreaks that have been affecting people for the past few decades have one thing in common: they are all thought to be bat-derived. SARS, MERS, Ebola, Marburg and now the corona virus is thought to be transmitted from bats to humans. So why bat?

Bats are thought to be the source of virus outbreaks, which have emerged since the second half of the 20th century and thousands of people died. Looking at the species diversity of bats, it is not a surprise that this animal is the source of more viruses than other mammals.

Currently, more than 1400 bat species live in the world. The main reason for the high number of species of bats is that the number of animals that hunt the bats is very low. Likewise, the evolution of bats allows these animals to live much longer than similar species.

The species diversity of bats and the population of bat species are much higher compared to rodents, the number of species of bats and the number of individuals of species. Although mice cause a number of diseases to spread, they are not virus sources. Therefore, rats are not responsible for the plague in the Middle Ages. Research has shown that the source of the virus is parasites like fleas. The mice were only responsible for carrying these parasites in the spread of the plague.

How can bats harbor these viruses that cause many diseases without getting sick?
Researchers from the University of California in Berkeley conducted a study on bats. “Bats are private animals when it comes to hosting viruses,” said researcher Mike Boots. Our study shows how the bat’s immune system can deal with viruses. ”

Viruses do not immediately kill the host body in order to evolve and reproduce effectively. The faster a virus reproduces in its host and becomes infected, the faster the host dies. Therefore, the most effective viruses are those that can maintain this dangerous balance.

Scientists from the University of California have made a new study to understand how viruses develop in the presence of mammalian immune systems. The researchers exposed two different bat cells to the hemorrhagic fever virus. Apart from the bats, the African green monkey cell was also exposed to the virus.

The immune responses of bat and monkey cells to the virus were very different from each other. While the monkey cell was exposed to the attack of the virus, bat cells quickly became immune to the virus.

The Australian black-flying fox, a bat species living in Australia, quickly produced the molecules called interferon-alpha against the virus, giving the fastest immune response. This immune molecule is released when the cell is attacked by a foreign substance. This molecule allows signals to be sent to other cells to increase antiviral defenses and prevent the virus from multiplying.

Researchers observed that the proliferation of the virus slowed significantly after interferon-alpha secretion in the cell. However, the measures taken by bat cells were such that the virus would remain in the cell for a long time. This indicates that the virus can reproduce without killing the host cell and can kill another mammalian cell in this way.

Bats, the world’s only flying mammal, have developed a highly effective immune system to manage the damage caused by the high metabolic rate required to fly. This can be explained as follows: while rapid metabolism and heart rate in mammals lead to shorter life individuals, slower metabolism and heart rate provide longer life. Rodents with an equal metabolic rate and heartbeat with bats can often live up to two years old. But bats can live up to the age of 40.

Bats are thought to have the ability to quickly suppress diseases caused by viruses, the immune system that allows these animals to survive. The basis of this process in bats is interferon-alpha release. Brook, one of the researchers, states that this enhanced immune response seen in bats will harm that person when it occurs in a person’s body.

This study from the University of California clearly shows how killer viruses multiply in the bats’ body and why they cannot kill bats.

Apple Maps Will Help You Find Where to Park or Refuel...