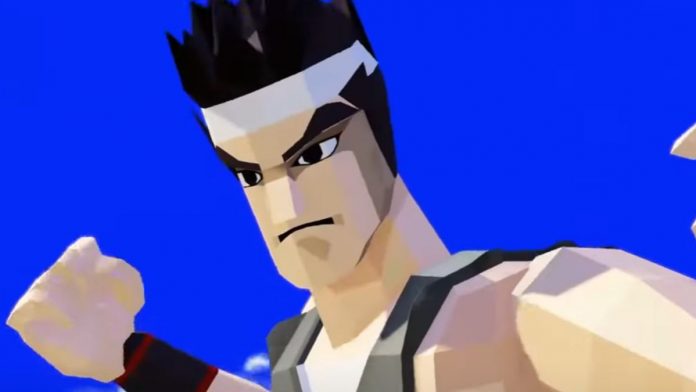 Virtua Fighter 5: Ultimate Showdown, This new content will transform the video game into a three-dimensional title from the nineties, that is, with very sharp polygons.In the framework of SEGA’s 60th anniversary, it is time to look back, but with our eyes also on the horizon. Virtua Fighter 5: Ultimate Showdown is a complete remake of the original game, so the graphics have been redone using a current graphics engine. However, the most nostalgic may prefer an older and more 90s product. No problem, because the Japanese company is preparing a DLC that will totally transform the game.

Through a recent streaming, the Japanese have uncovered The Legendary Pack, which will be available from the very launch of the game, that is, on June 1. Once applied, Akira Yuki, the main protagonist, will look like he was from 1993. This DLC will modify the fighters to appear with their polygonal modeling of the 90s. In addition, there will also be additional adjustments in the interface to make it look more similar to the classic one, which affects, for example, the life bars.

Free for those who buy the game

The Legendary Pack will be available on the PlayStation Store for a price of 10 euros. The game, meanwhile, is one of the titles included in the free games program for PlayStation Plus subscribers in June. Those who are not subscribed will have the opportunity to acquire it as an independent title. In this case, the DLC will be included in the package.

Virtua Fighter 5: Ultimate Showdown has been announced as a PS4 exclusive, although it is also backwards compatible with PS5. The game uses the Yakuza: Like a Dragon graphics engine, which means that it has been visually modernized. It should be noted that the original has been playably respected, so that fans will be able to reproduce the same combos as before.

The title has been developed by both SEGA AM2 and Ryu Ga Gotoku Studio, the developer behind all the video games in the Yakuza saga.

TXT Comes To The World Of Figure Skating Inspiring A Sportsman