Virgin River fans are very excited to know when season 3 of the series will be released on Netflix. The production, developed by Sue Tenney, is based directly on the homonymous novels by Robyn Carr, presenting a consistent and romance-filled drama to viewers.

So, check out everything we already know about the new Virgin River episodes!

When does the Virgin River season 3 premiere?

Launched in 2019, the series introduced the public to nurse Melinda Monroe (played by Alexandra Breckenridge), also known as Mel, as she ventured into the remote pastoral town of Virgin River in an attempt to forget her painful past and start her life over.

However, obviously, her arrival in the quiet city would not be so easy. As much as the conflicts were evident, throughout the seasons, the character became stronger with her challenges and met a new love to heal, in some way, her heart from the exposed scars referring to the past.

Almost automatically, the production was a great success, being acclaimed by Netflix subscribers and receiving good reviews from the specialized press. The ambience in the small town, as well as the simple and complex plots that intertwined and developed progressively, drew the attention of the audience, who remained faithful to the series.

After the suspenseful end of the second season, fans already have high expectations about what can be developed further, after all, Jack (Martin Henderson) is a very important character for the narrative. It is worth mentioning, in this sense, that this second wave of episodes premiered in full on Netflix, as usual, on November 27, 2020.

It is possible to speculate, taking this into account, that if the practical work is well underway, the 3rd season will be available from the same period in 2021.

The showrunner Sue Tenney, who has great challenges at hand when adapting the books for streaming, has already publicly expressed, through several interviews, that her team always seeks to do the best job to be faithful to the original narrative.

Virgin River: what to expect from the third season of the Netflix series?

According to reports by the production team involved, filming was scheduled to begin between August and December 2020. Although some sources have suggested that filming has already ended, there is no official confirmation on the matter, nor on the period in which it took place. .

Thinking about the vote of confidence given by Netflix, in line with the public response, which brought the renewal shortly after the second season aired, things may have ended recently.

Most likely, some cast members will be back with their characters. This is the case of Tim Matheson, Annette O’Toole, Grayson Gurnsey, Colin Lawrence and Lauren Hammersley, for example. But new faces will also be featured in the series, such as Zibby Allen, Stacey Farber and Kai Bradbury, as already announced.

That way, we can only wait for more news! 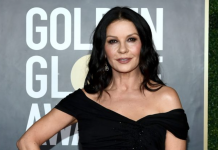 Catherine Zeta-Jones: “I Had The Guts to Become a Bond Woman” THIS Netflix Show With a 100% Critical Rating Is Breaking Records

Jessica Simpson starred without makeup in Sunkissed Selfie: “Woke up with...