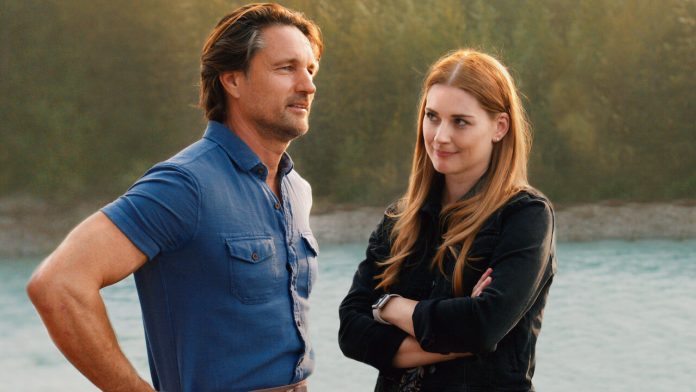 Fans have developed an intriguing theory that portrays Mike as an innocent man, and it may have you rewatching the series for more clues. There are spoilers below.

We lost confidence in several characters after watching Virgin River Season 3 . Although we’ve already voiced our suspicions about Brie (Zibby Allen), there is still one person to look at Mike (Marco Grazzini).

Yes, the character works in law enforcement and has helped with the investigation to find the person who shot Jack (Martin Henderson). But after stumbling across this mind-boggling theory, we begin to wonder if the writers are misleading us into believing that Mike is a “good cop” when he is the exact opposite.

For example, is it possible that Mike knows more than he is saying about the shooting? If so, did he frame Brady (Ben Hollingsworth) in an attempt to steer the investigation in the wrong direction?

We are not saying that Mike shot Jack because, realistically, it is not possible. (The character is shown in the police department moments before Jack confronts him at the bar.) However, who can say that Mike is not covering up for someone he knows?

If Mike is desperate enough to frame an innocent man (aka Brady), maybe he’s brave enough to plant evidence. Because after everything Brady has been through, we highly doubt he’s so careless as to leave the “lost” gun in his car.

We are not the only ones who are beginning to question Mike’s intentions at Virgin River. As Looper points out, several fans are debating the character on the show’s official Instagram page.

“I don’t think Brady shot Jack. I think Jack’s ‘friend’ is the cop who shot Jack. [Mike] hates Brady for a while and now even more since he’s been with Brie.”

Baigon, Days Gone? The studio behind the title is already working...