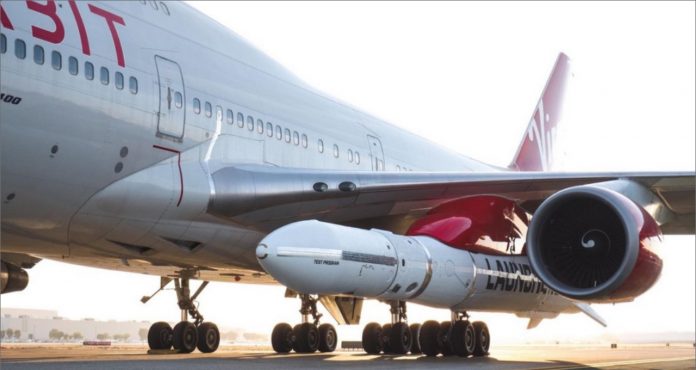 Last Sunday, Virgin Orbit fired rockets from under the wing of a modified Boeing 747. Orbit, which placed satellites in low earth orbit with this ignition, achieved a first.

Founded by Sir Richard Branson, Virgin Orbit released a cinematic summary of the groundbreaking mission on Sunday, January 17, including footage shot on the Boeing 747 alongside the 21-meter-long rocket.

Virgin Orbit, which has become the third privately-funded company to reach orbit after SpaceX and Rocket Lab with this success, has begun to be among two powerful companies to establish a service that distributes small satellites in space for global customers.

Virgin Orbit’s Boeing 747, formerly carrying passengers for Virgin Atlantic, took off from Mojave Air and Space Port in the California desert on Sunday morning. After taking off, it flew over the Pacific where it launched the satellite-loaded LauncherOne rocket from under its left wing.

In contrast to an unsuccessful orbit attempt in May 2020, where the rocket’s first stage caused the anomaly in the NewtonThree engine to shut down just seconds after firing, the launch this time successfully launched nine smaller satellites into space for NASA.

Dan Hart, CEO of Virgin Orbit, expresses the successful mission as follows; “A new door has been opened to space. The successful launch of LauncherOne into orbit today is a testament to the talent, precision, strength and ingenuity of this team. Even in the face of a global pandemic, we have focused on showing every element of this revolutionary launch system in full. This effort has paid off with a task well-executed today and we couldn’t be happier than that. ” said.

After confirming the successful installation of the satellite, Branson tweeted how Virgin Orbit started as an idea with a sticker affixed to the floor in a hangar. “We now launch rockets and fly off the wing of our modified 747 to drop satellites into orbit,” Branson said.

.@Virgin_Orbit started as an idea with a sticker on the floor in a hangar – now we're launching rockets off the wing of our modified 747 and flying them into orbit to drop off satellites pic.twitter.com/rELzqzAbGW

Finally, Virgin Orbit stated that, after its flawless mission on Sunday, it will officially switch to a commercial service as a result of numerous bookings from the US Space Force, UK Air Force and California-based Swarm Technologies.