Home Entertainment Virgil van Dijk Hopes The Sale of Liverpool Can Be “Sorted Out... 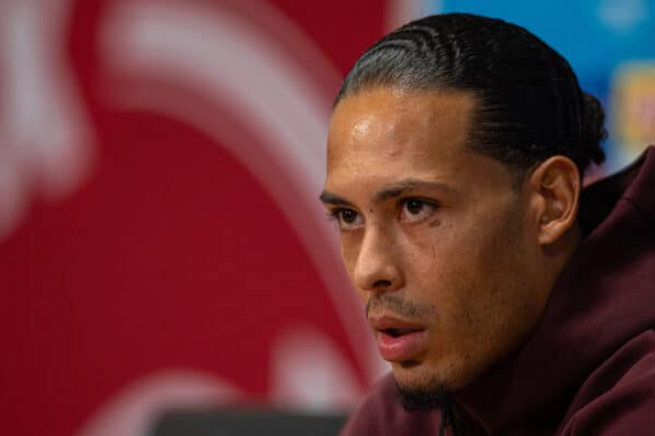 Virgil van Dijk insists that he is “not thinking” about Liverpool’s future, focusing on the World Cup, but hopes that soon everything will “sort out and clear up.”

Liverpool’s owners Fenway Sports Group are currently looking to invest in the club with the possibility of a direct sale if a suitable buyer is found.

According to the Boston Globe, the most likely outcome at this stage is a new partial investor, but negotiations are continuing with various parties, including those based in the United States.

Speculation will continue as FSG president Mike Gordon steps back to focus on a possible sale and it has infiltrated the Liverpool dressing room.

Speaking after the Netherlands’ 3-1 victory over the USA in the 1/8 finals of the World Cup, Van Dijk admitted that “everything is in the know” and hopes that soon “everything will be sorted out and clarified.”

“I have full faith in Liverpool that they will be fine,” the Liverpool Echo quoted him as saying.

“We are a very reputable club, one of the largest in the world, and it will remain so.

“Whoever comes to these roles, they will do a great job.

“I am aware of everything that is happening. Whether I accept it and do something about it right now, I don’t think so, because all the attention is focused on the World Cup.

“But hopefully everything will be settled and clarified when I get back.

“I’m definitely not thinking about it at the moment.”

Van Dijk is the second biggest signing in the FSG era and in Liverpool’s history: The £75 million paid for his return from Southampton is second only to Darwin Nunez’s fee of £85 million.