Home Entertainment Violet Evergarden: We already know when the film will arrive on Netflix 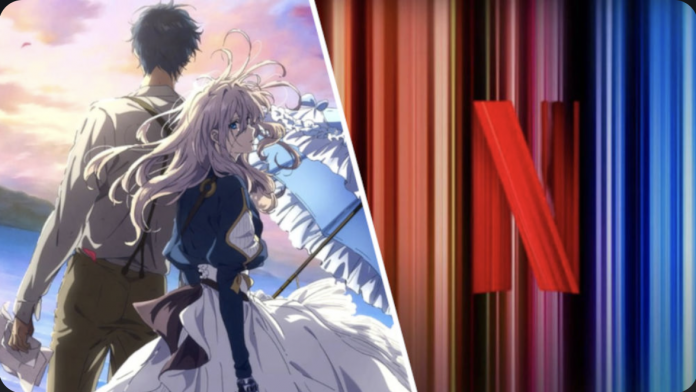 The Violet Evergarden movie: The Movie appeared in the Netflix catalog and it is already known when it will be released on that service

One of the productions that many expected to see on Netflix is ​​Violet Evergarden: The Movie. Especially since both the television anime and the first movie are already available on this service.

Happily, it looks like it has a release date. It will be on October 13 that it can be enjoyed through this platform. Now, it should be noted that if you search your catalog through the Internet, the page in question marks an error.

What happens is that at the moment it can only be seen from the United States. It is to be imagined that as its release date approaches, it will be activated for other countries and regions.

This movie is a sequel to the events of the TV series and the previous tape. It could well be the denouement of the whole story the way it was handled. It is undoubtedly one of the great works made by Kyoto Animation, which was the studio in charge.

Violet Evergarden: The Movie opened in Japan in September last year and was surrounded by success. Yes, despite having competition from the Kimetsu no Yaiba film, it had enough strength to stand out.

Until January of this year, it had sold 1.45 million tickets in the country of the Rising Sun alone. This generated a profit of $ 20.2 million. This film has already been released in theaters in Mexico and Latin America. 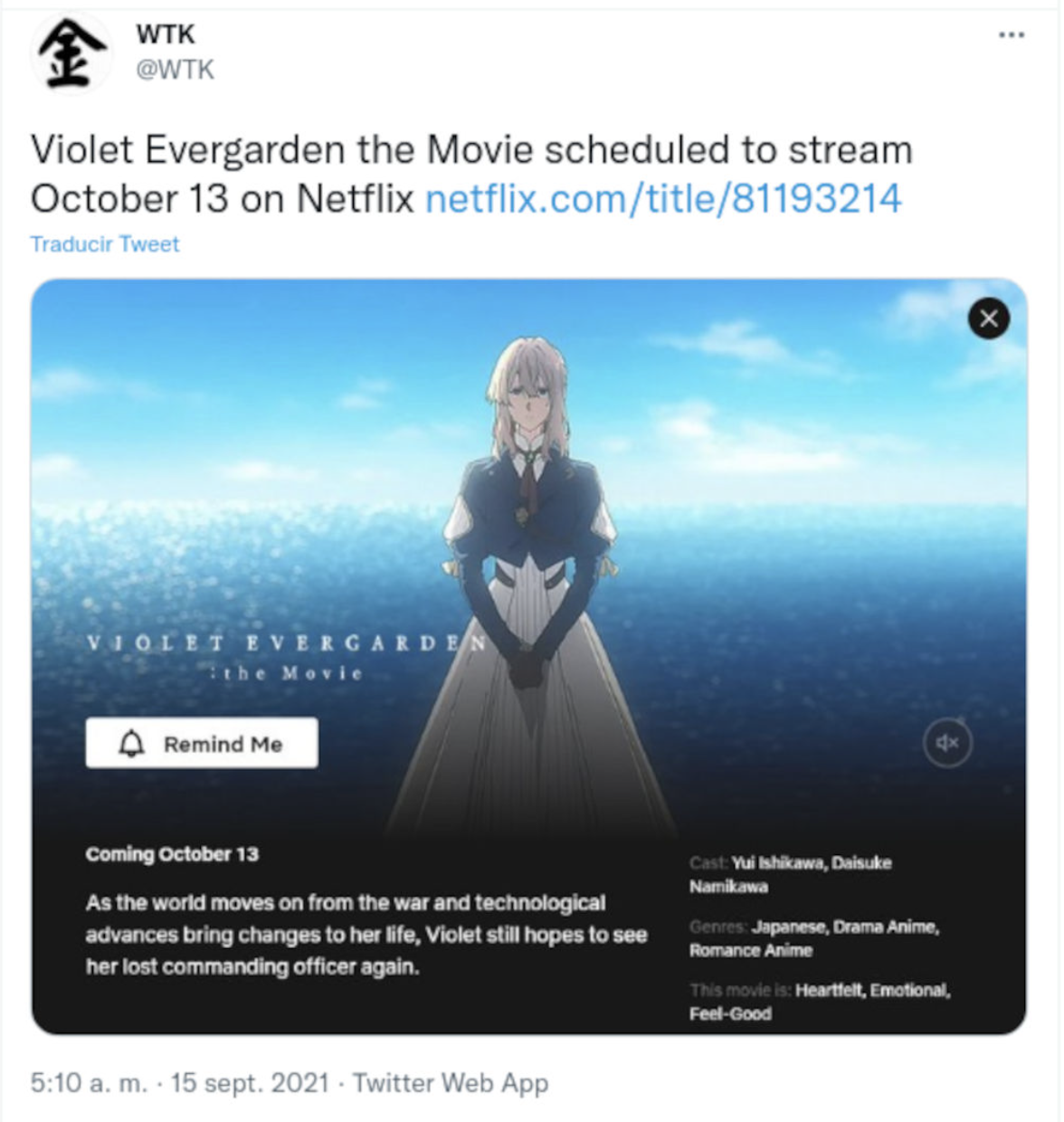 That happened last April and was on display for a few weeks even though the coronavirus pandemic continued. What is this movie about? We don’t want to ruin what it offers for anyone, so we will only mention its synopsis.

It is assumed that years have passed since the war that deeply hurt many people. Although peace reigns, some wounds have not closed and technological advances occur every day.

Despite the above, there are still those who need the services of Violet Evergarden, who writes letters that convey people’s feelings. Her work is more necessary than ever and it seems that she should leave her past behind.

But one day a very special letter reaches her hands and turns her world upside down. It is when the feelings that she has gain strength again. It is undoubtedly a must-see film from Kyoto Animation.