Home Tech Violence is not always the way: video games 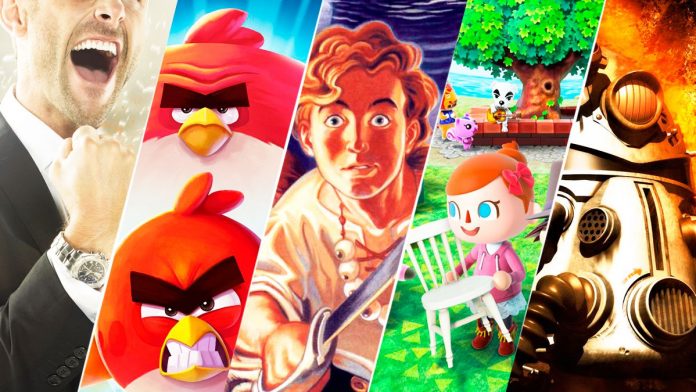 We review games that offer mechanics that defy the convention of “kill enemies to advance.” We press START.

We choose character and options to adapt the graphics, sound and difficulty to our liking. Here begins an adventure full of emotions and challenges. Of course, we must fight our way through hordes of enemies that we must eliminate if we want to reach our destination. Killing is necessary to survive in this universe, and other people’s blood does not make us a bad person, although sometimes we enjoy playing the role of villain. Even the violence of video games does not make us more aggressive, as certain smear campaigns lie. Sometimes we are the one who dies, and it is even necessary if we want to continue our journey. But do we always have to get our hands dirty to survive? Today we remember those video games that propose mechanics in which no one has to get hurt. At least not too much.

The representation of violence in video games is a thorny issue, especially due to the morbid approach that usually occurs in the generalist media. The graphic violence of Mortal Kombat established the need for age ratings in digital entertainment, and aggressive behaviors in online games and competitive settings have also raised the debate about sportsmanship. Also, killing to progress is a more than common mechanic in video games. Now, how the act of murder is coded varies according to the code in which the game is played. The writer Eva Cid, in an essay on aggression in video games regarding the launch of Rape Day, analyzes:

“Mario’s jump is an aggression mechanic. And a quite violent one, since it is about a man jumping on animals to crush their heads. However, we do not perceive it that way because it is coded innocuously. The equivalent of a child’s slap to take away his brother’s favorite toy. In ship games we shoot thousands of projectiles to shoot down entire fleets. That’s a lot of people. But this mechanic, like Mario’s, is a simple press to make us progress through a virtual environment. The soldier emptying a magazine on the head of his enemy or enemy is nothing more than a sustained pulse, encoded as murder in this case, but without its evocations. It is the same pulsation, the mechanical movement to unleash events and advance ”.

However, there are video games that break with the convention that a video game is not possible without the mechanic of killing to progress. While there are titles that reserve murder as an alternative, there are others that offer different game mechanics and that remind us of other design perspectives. TIME magazine already recalls: “Non-violent games have existed in the medium from its earliest days: we do not spill any blood in Pong or Tetris.”