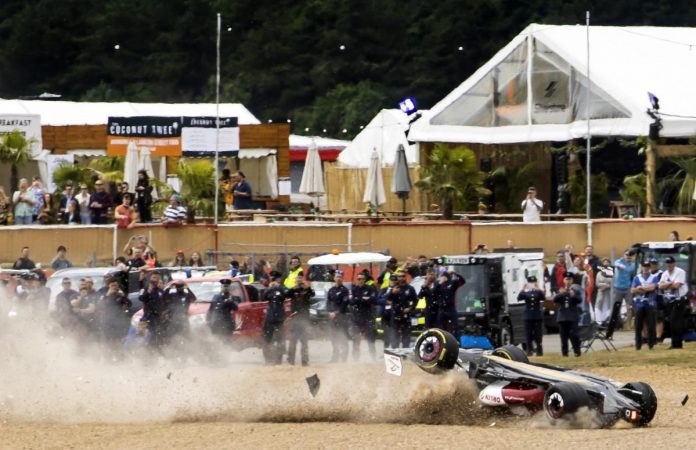 Formula 1 has released a positive update for Zhou Guan Yu.

Guanyu was declared healthy and officially discharged from the Medical Center after he was involved in a frightening accident on Sunday morning.

Guan Yu was stretched on a stretcher after the accident when his car turned upside down and skidded onto gravel.

The accident also involved George Russell and Pierre Gasly, who are also fine.

It’s great news that Guan Yu was discharged from the hospital so early, as things could have been much worse.

Most likely, next Sunday he will take part in the Austrian Grand Prix, which will begin at 9 am ET.

Right now the British Grand Prix is coming to an end and it’s a race for everyone. The end can be viewed on ESPN.