Analyst Vince Prince suggested that resistance in the rising channel model for Bitcoin could soon be broken and the lead coin may rise. According to the analyst, the probability of Bitcoin going from consolidation to bullish is 75%.

Vince Prince, an analyst at TradingView, examined the Bitcoin charts and found that the leading coin was showing upward “marginal” movements. Commenting on these movements, Prince offered 2 options for Bitcoin.

The first of these options is that it may go below the rising trend line while showing consolidation moves in the channel basin after Bitcoin marginal moves. The other option manages to stay above the trend line as a result of the same movements and then can completely dry itself out of this consolidation area.

Vince Prince thinks these upward marginal moves will result in a rally. Prince shows ABC waves as the basis for this, as shown in the graph shared by the analysis. In Prince’s charts, A represents the initial retracement of rising channel resistance. B is the next rebound from the canal support, and C is the last upward move.

Prince states that when looking at the entire technical structure for Bitcoin, the BTC / USD pair is more likely to exit the channel range, and reports this probability as 75% according to his own accounts. If Bitcoin succeeds in this, it can rise towards the extension of the $ 11,695 C wave.

Vince Prince also based this theory on the institutional interest in Bitcoin. In the past few weeks, corporate companies such as Sqaure and Stone Ridge have invested millions of dollars in Bitcoin. Prince interpreted this interest as a good sign and implied that Bitcoin trading was taken from novices by experienced investors.

The commentator and trader, who is followed on social media and known as “@ George1Trader” on Twitter, shared a chart for Bitcoin and highlighted the key points for a possible trend reversal. George revealed that Bitcoin can break out of the region where it is stuck with the $ 11,492 resistance and rise to $ 11,680. 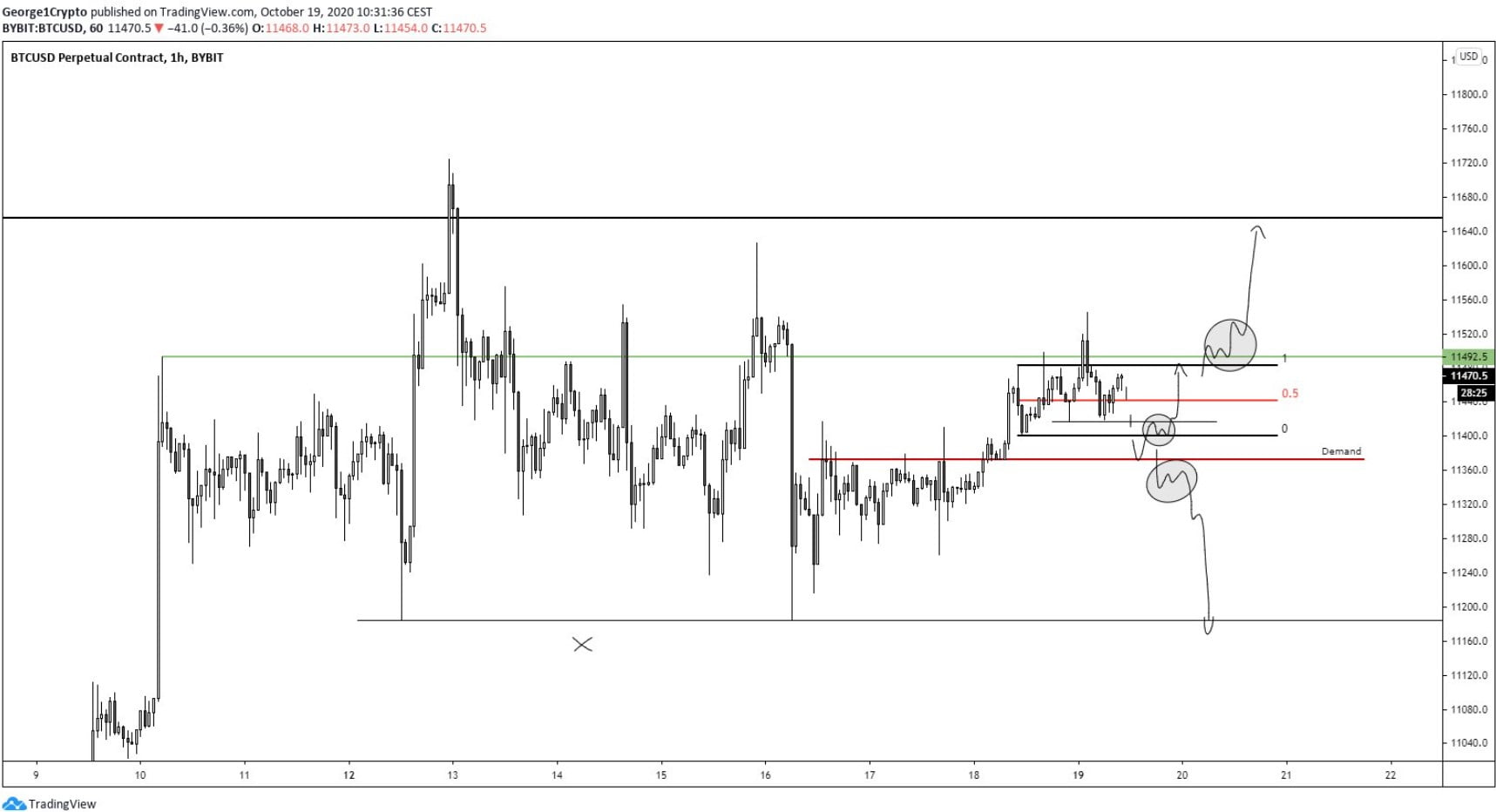 Dutch trader and analyst Michael van de Poppe, known as Crypto Michael, said in a statement on Twitter that $ 11,400 per Bitcoin is still a very cheap price and pointed out that Bitcoin will gain more value.

PS4 Deals: Biggest Hits From Japan Up To 50% Off