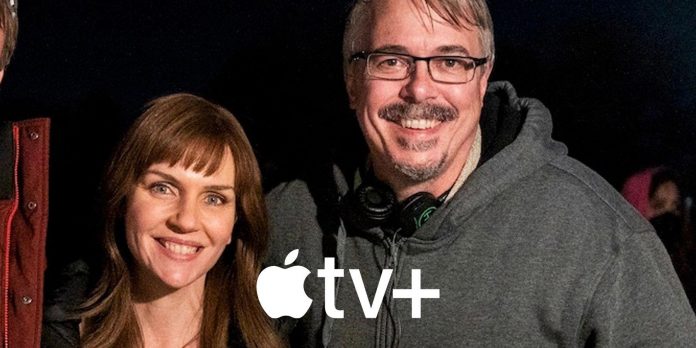 “Better Call Saul” hasn’t been on the air for just a month, and fans already know what’s coming next, both showrunner Vince Gilligan and star Rhea Seahorn. Both Gilligan and Seahorn are going to collaborate again on Gilligan’s next project, which has found its place in Apple TV Plus.

Although there are few details about what the series is about or what role Seahorn will play, Gilligan and Seahorn will work together on his new show, which has received the green light for Apple TV Plus. The streamer won the bidding war for the project from potential contenders, among whom were Amazon Prime and AMC.

Deadline reports that Gilligan will be executive producer and showrunner, and Jeff Frost and Diane Mercer will also be executive producers. Gilligan’s Jenn Carroll of High Bridge Productions will produce the series, and Sony Pictures Television is the studio behind the series, which also produced Breaking Bad and Better Call Saul. “After fifteen years, I thought it was time to take a break from writing anti-heroes… and who could be more heroic than the brilliant Rhea Seahorn? It was high time she had her own show, and I was lucky to work on it with her. “, – said in a statement Gilligan. – And what a nice symmetry to reunite with Zach Van Amburg, Jamie Ehrlicht and Chris Parnell! Jamie and Zach were the first two people to say yes to Breaking Bad many years ago. They have built a great team at Apple and my wonderful longtime partners at Sony Pictures Television, and I am very excited to do business with them.”

When “Better Call Saul” was coming to an end, Gilligan said he wanted to write a “good guy” for his next project, unlike the two antiheroes he popularized, Walter White and Saul Goodman. There are few details about the project, but it has been described as a “down-to-earth genre drama” that will be a notable departure from Breaking Bad and Better Call Saul. Apple TV Plus gave Gilligan’s new project a two-season order directly for the series, which “aggressively” pursued him when Gilligan presented his concept to several networks and platforms, reportedly seeking a budget of approximately $13.5 to $15 million per series. .

Fans of Gilligan’s work should look forward to it. If Gilligan lives up to his word and creates a good guy, as he said, then he will go to a completely different territory than the one he is used to. Gilligan has proven to be one of the most compelling characters to ever grace television, and it doesn’t just come from the main character from both of his previous series. Kim Wexler may have been the best “Better Call Saul” character, which fans certainly didn’t expect when the show started. Now fans will see if he can keep it up with characters who have both good morals and good intentions.

The fact that it happened so quickly also demonstrates how much Gilligan and Seahorn are in demand. They did so well, turning “Better Call Saul” into a masterpiece, that, again, just a month after the show was over, the two of them were already hired for a new project. People with rare talents need to get their next job quickly after they have just completed the one that took them seven years. With all this in mind, there’s no reason to think they won’t be able to do it again.