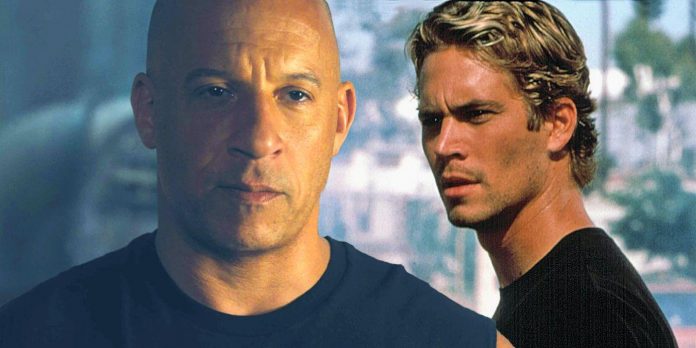 Although the first film of the franchise, “Fast and Furious” in 2001, was a rigidly written action movie, subsequent parts have moved away from this format in favor of more attention to huge action scenes and high-octane robberies. Regardless of whether this change has affected Diesel’s character change or vice versa, the simple fact is that the Fast and the Furious movies have changed a lot since the franchise was created. This significant change makes the upcoming “Fast and Furious X” — the tenth film in the franchise — a beast very different from the first appearance of Dominic Toretto.

How and why “Fast and Furious” became a Vin Diesel franchise

However, the changes to the Fast & Furious franchise were not entirely intentional. In the first film, Diesel played one of the two main roles along with Paul Walker’s Brian O’Conner, and when Diesel decided not to return to 2 Fast and Furious 2, Paul Walker became the main character of the franchise. In the third film of the franchise, “Tokyo Drift”, Vin Diesel appeared in a cameo role, and Walker was nowhere to be seen. Only after the return of Walker and Diesel in the fourth Fast and Furious movie, these two again became the undisputed protagonists of the franchise. However, the tragic death of Paul Walker drew even more attention to the character of Diesel, making him the unofficial leader of the acting ensemble of the franchise.

A real-life tragedy combined with subtle but successful narrative trends to see the franchise turn into a chaos of action movies led by Toretto. The more mundane drama of the first film was replaced by incredible stunts and spectacular robberies, which made the Fast and Furious films huge action movies. This corresponds to the image of Vin Diesel, when the mythical transformation of Dominic Toretto becomes something that the actor embodied in his public persona.

Cruel Summer: Why You Need To Watch The Teen Series of...