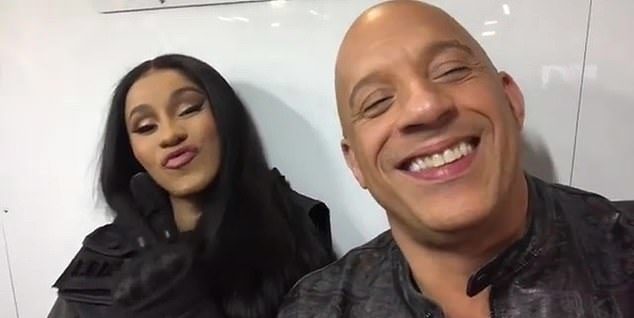 Cardi B will soon add another movie to her resume. The rapper, who is in the acclaimed “As Golpistas” (with Jennifer Lopez and Lizzo) not yet released in Brazil, will also play a role in the new feature of the franchise “Fast and Furious”. Who revealed the news was the protagonist Vin Diesel on social networks.

The two appear together. “We are on the set of Fast and Furious 9. I’m exhausted. We’re giving everything we can for this movie, ”he says. The rapper agrees. “But I’m excited,” he says.