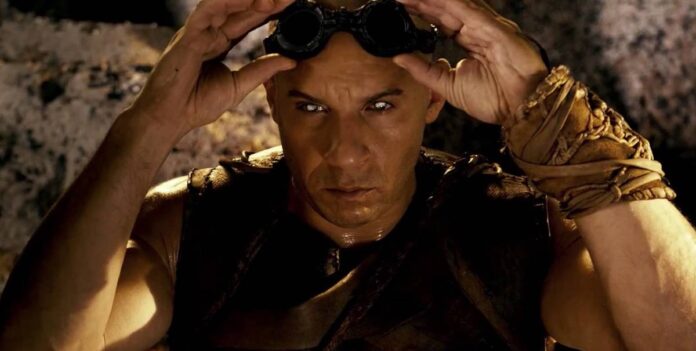 There was an exciting development about the long-awaited Riddick 4: Furia movie. American actor Vin Diesel, the star of the series, said in a post on his personal Instagram account that the script is almost ready and will arrive next week.

It’s been a year since we first heard about The Chronicles of Riddick 4: Furia. While questioning what will be the outcome of the fourth sequel, the star of the series, Vin Diesel, said that the script will be ready next week in his social media sharing.

Riddick, one of the most beloved series of science fiction cinema, started his adventure on the big screen in 2000 with his movie Pitch Black. The series, which continues on its way with two sequels that entered the vision in 2004 and 2013, is preparing to meet its fans once again.

Riddick started his adventure on the big screen in 2000 with his movie Pitch Black.
The series, starring and produced by Diesel, follows the story of the anti-hero Riddick, which has extraordinary features. Known for his eyes that allow him to see in the dark but also make him vulnerable to intense light, the character wears colored glasses to protect him from the Sun.

The first Riddick movie, directed by and directed by David Twohy, portrayed the character as a dangerous criminal. While the interplanetary cargo ship, proceeding with a group of passengers, crashed into a deserted planet after a meteor shower, the task of protecting the surviving passengers was left to the convict Riddick, who was also being transported on the spaceship.

The subject of Riddick 4: Furia, whose script is almost ready, remains unclear for now
Pitch Black grossed over $ 53 million with a $ 23 million budget. The sequels, which were released in 2003 and 2014, achieved $ 115 and 98 million box office revenues, respectively. Riddick, which is a series where horror, action and science fiction elements are blended in a single pot, may appear in our fourth sequel as a much more ambitious production both as script and cinematography.

As I mentioned above, Diesel says that Riddick 4: Furia’s script is ready and will arrive next week. However, we do not yet know anything about the story that the movie will center on, but we hope not to wait too long for the details.