Home Celebrity Vikings: What is the meaning of Floki’s tattoos 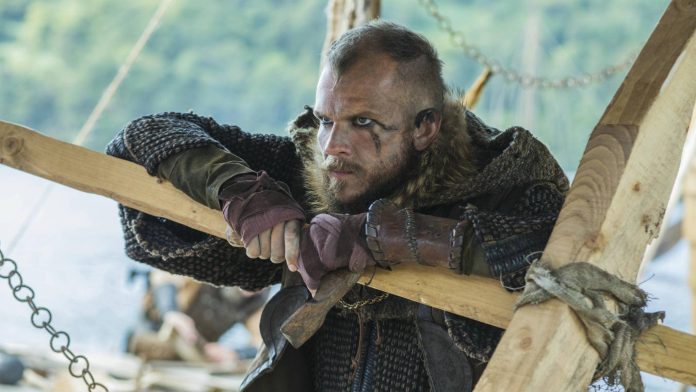 It is currently unknown if Floki (Gustaf Skarsgård) is still alive or not, so it is a mystery if he will appear in the second part of season 6 or not, but until then, it is a good time to look back at one of the Vikings. most memorable.

Most Vikings characters have tattoos and Floki is no exception. Kattegat resident eccentric and boat builder has a couple of tattoos on his head, and here’s what they mean.

Floki, like his friend Ragnar Lothbrok (Travis Fimmel) has tattoos on the sides of his head and one in the middle, but the ones that have caught the attention of Viking fans are the runic bands on the sides.

Fans have found that the tattoo messages fit a character as eccentric but mysterious as Floki. The band on the left side of his head reads as: Luki uiki Þasi runar, which translates as: Loki sanctifies these runes.

Floki is very devoted to the gods, and being the cheater of the group has made many Viking fans believe that he is Loki’s human form, so the tattoo definitely fits his personality.

While the second is about the evil version of these mythical figures. Although Floki is very loyal and is often a cover for a man with emotional problems, he can also be quite cruel, and his tattoos are a representation of that duality.

If Floki comes back alive in the final episodes of Vikings, his invocations would have worked, supporting his blind faith in the gods, and if not, at least he had some of the most interesting tattoos in the series.

Friends: this season could have been the last!

This is the most surprising quality of V