Home Entertainment Vikings: What is the cast of the Netflix series doing now?

Do you know what the Vikings cast is doing now? The series available on Netflix was one of the most acclaimed of recent times and, with its closure, fans have already begun to miss new episodes – and not least!

In addition to having a very well developed and engaging plot, the cast of the series is extremely talented and managed to further increase immersion in the Viking universe.

So we went after the main cast names to find out where they are now and what their next projects are. Let’s check it out?

Ragnar Lothbrok was one of the best characters in the series – if not the best. Actor Travis Fimmer participated in the first 4 seasons and, in 2016, left the series. Soon after, he starred in Warcraft as Anduin Lothar.

In addition, the actor participated in films such as Dreamland and Finding Steve McQueen, in 2019. Last year, the actor got the role of Caleb / Marcus in Raised By Wolves, HBO Max series.

Lagertha’s death was undoubtedly one of the most shocking and unexpected for fans of the series. After all, the character was highly acclaimed and missed the show. Fortunately, actress Katheryn Winnick has not stayed away from the screens.

In 2020, she was the protagonist of the film Wander, in addition to participating in The Marksman, alongside Liam Neeson. In 2021, she has two new projects in view: the film Flag Day, directed by Sean Penn, and the production Big Sky, by ABC.

The cast of Vikings also featured Clive Standen, playing Rollo, Ragnar’s brother. The actor participated in the first 5 seasons and, since 2017, has had recurring roles in 3 series: Taken, Mirage and Council of Dads. That last one had only one season, in 2020, before it was canceled, but it was still a chance to see Standen again after the end of Vikings.

In the Netflix series, Alexander Ludwig played Bjorn, one of Ragnar’s sons, participating in 67 episodes in total. Between 2018 and 2019, he also participated in two series: Midway and Bad Boys For Life. Currently, the actor is in two films in the post-production stage. So far, Swing and Night Teeth haven’t been released yet, but it’s worth keeping an eye on.

Finally, it is also worth mentioning that the actor will be Ace Spade in Heels, a series created by Michael Waldron.

The Swedish actor was also a recurring character of Vikings, present in the 6 seasons. In addition to the Netflix series, the artist is also famous for playing Karl Strand, in the second season of Westworld, on HBO. In July 2020, the actor returned to the screens in the Cursed series, also from the streaming platform.

As Netflix has not yet confirmed a possible second season for the series, we still don’t know if he remains in the cast.

Alyssa Sutherland’s character, Aslaug, participated in the first 4 seasons of Vikings. She was Ragnar’s second wife and, after participating in 35 episodes, the actress got the role of Eve Copeland in The Mist, a production inspired by the work of Stephen King.

Then, in 2019, the actress participated in an episode of Law & Order: SVU.

Actress Jessalyn Gilsig participated in the first 3 seasons as part of the cast of Vikings. She was Siggy, Rollo’s lover and Earl Haraldson’s wife. After the series, she participated in some episodes of the Scandal series, such as Vanessa Moss.

In 2021, the actress will play Holly Barrett in the Disney + sports comedy series Big Shot. Keep an eye out for more!

Finally, we have the actor who gave life to the monk Athelstan. He was one of Ragnar’s first real connections, leaving a good impression on the series. After leaving the cast, Blagden participated in an episode of Black Mirror and the historical fiction Versailles, playing the king of France, Louis XIV.

So, did you like to know what the cast of the Vikings series is doing now? Leave your comment below and share this text on social networks! 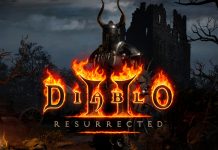