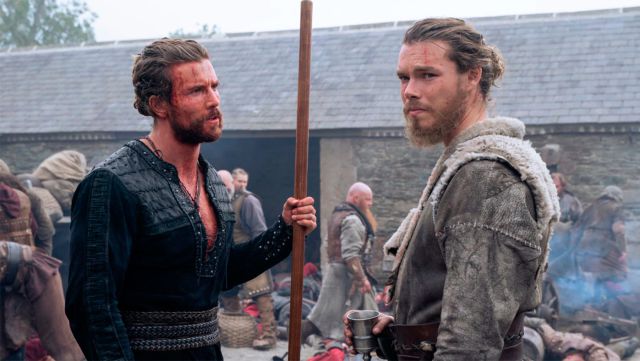 Vikings Valhalla: The successor series to the successful Vinkings shares its brutal final trailer: war, blood and drama in the new Netflix. It opens on February 25. Fans of the successful and popular series Vikings are in luck. And it is that all those who wanted more war, epic, blood and drama have with Vikings Valhalla a new opportunity to enjoy such a brutal universe with the premiere of this sequel by Netflix. So much so, that the streaming platform has shared a new and spectacular trailer that you can see on these lines along with a new poster with the three protagonists of a series that will premiere on February 25, 2022.

“Vikings: Valhalla, set in the early 11th century, will start from the time when the most famous Vikings in history triumphed and became legend. From the explorer Leif Eriksson (Sam Corlett) or his passionate and determined sister, Freydis Eriksdotter (Frida Gustavsson), to the ambitious Norse prince Harald Sigurdsson (Leo Suter). Throughout the series, new missions will be discovered, bloody battles of the legendary Vikings and religious disagreements between Christians and pagans, which will take them through various seas and battlefields in their fight for glory and survival”, we can read in its official synopsis.

Thus, this new story set 100 years after the end of Vikings, tells us about the adventures of the explorer Leif Eriksson and his passionate sister, Freydis Eriksdotter, together with the Nordic prince Harald Sigurdsson, who will see how some of their borders are threatened by the expansion from England. With Jeb Stuart as director and executive producer taking over from Michael Hirst (creator of the original Vikings), the cast is completed with names like Bradley Freegard, Jóhannes Haukur Jóhannesson, Caroline Henderson, Laura Berlin and David Oakes.