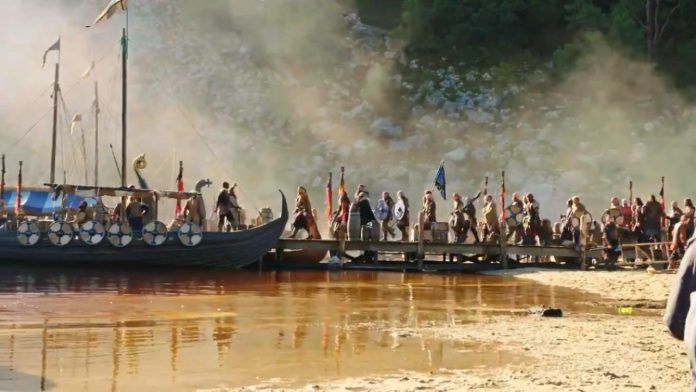 Vikings: Valhalla, which tells the story of 100 years after the end of the first series and will bring the adventures of the Vikings to the screen, has started. The release date is not yet known.

Here is the behind the scenes of the production, which is still being shot in Ireland:

You’ve been waiting patiently and the wait is over!

Get your first look at Vikings: Valhalla courtesy of @NetflixGeeked pic.twitter.com/9XW19sTH2b

Who is in the cast of Vikings: Valhalla?

Growing up on the fringes of the known world, Leif comes from ancient pagan beliefs and a close-knit family. A brave and strong sailor, Leif will take audiences to the Viking world, which has undergone a wild change.

A fierce pagan, fiery and headstrong, Freydis never ceases to believe in the “old gods”. Like his brother Leif, Freydis comes to Kattegat as a foreigner, but remains an inspiration to people of old traditions.

Born to a Viking noble, Harald is known as one of the last ferocious Viking warriors. Charismatic, ambitious and handsome, Harald is the person who managed to unite Odin worshipers and Christians.

Canut, King of Denmark; He is a wise, intelligent and at the same time ruthless Viking leader. Keeps allies close and enemies closer. His ambitions changed the course of history in the 11th century, making him one of the defining figures of the Viking Age.

Olaf is Harald’s half-brother. He is tough and ruthless with his huge physique and ambitions. Olaf is a Christian who believes in the “Old Testament”.

LAURA BERLIN as EMMA THE NORMANDIAN

Young and ambitious, Emma of Normandy is of Norman court and Viking ancestry. She has a political acumen and is one of the wealthiest women in Europe.

With formidable survival skills, Count Godwin is the chief adviser to the King of England. Although he came from a family that was ignored by the political circles, he rose thanks to his cunning.

Haakon, a great warrior and tolerant leader, rules Kattegat steadily. Despite being a pagan, he managed to keep the doors of the city of Kattegat open to people of all faiths during a difficult time. Haakon would become a powerful mentor to Freydis, who was impressed by his wisdom.

The Vikings: Valhalla is expected to consist of a total of 24 episodes, with the 1st season being 12 episodes and the 2nd season is 12 episodes.

Battlefield 2042: Leaks video with gameplay from the technical test