Home Entertainment Vikings: Valhalla Confirms Second And Third Seasons Thanks To The Success Of... 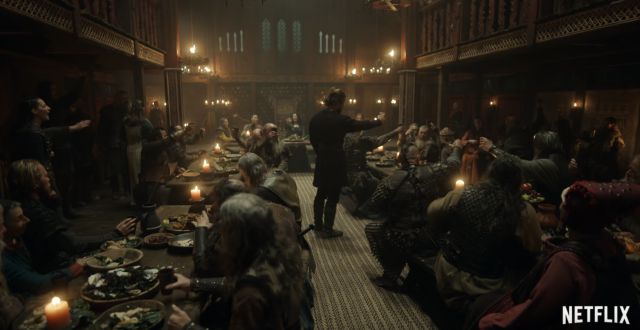 From the company they emphasize that the production of the second season “has concluded” and its premiere is expected sometime in 2023. The third season, on the other hand, will begin to be produced this spring. Both sequels will consist of eight episodes each.

Vikings: Valhalla will continue on the success of the first season

“I am delighted to be able to confirm that we have finished and are already editing the second season,” says Jeb Stuart, creator, director and executive producer of the series, in a press release. “Production of the third will start soon. Although the plots of Leif, Freydis, Harald, Olaf, Canute and the rest of our incredible cast are secret, I can safely say that their journeys will be even more epic than what they have seen so far.”

In the same statement, Netflix takes chest of the data that the first season has recorded. Since its premiere on February 25, it has entered the top 10 of 90 countries, and was ranked first during the week of February 28 with more than 113.38 million hours viewed. During its first 9 days in the catalog, it managed to record 194 million hours of viewing. Almost nothing.

“Valhalla fans: Thank you to the millions of people who have watched (and re-watched!) the first season. The figures have been amazing and have exceeded my expectations”, commented Stuart.

Vikings: Valhalla chronicles the adventures of some of the most famous Vikings who have ever lived, such as Leif Eriksson, Freydis Gustavsson and Harald Sigurdsson. “When tensions between Vikings and English royalty reach a bloody breaking point, when Vikings themselves clash over their beliefs, these three Vikings embark on an epic journey that will take them across oceans and battlefields, from Kattegat to England and beyond, as they fight for survival and glory”, reveals its official description.

GTA 5 exploit allows you to earn millions (only for a...