Home Entertainment Vikings: This is how fans react when they see actors from Ragnar...

Vikings culminated on December 30, 2020 through the streaming platform Amazon Prime Video, after staying on the air for six seasons bringing the best of historical drama to the screens of millions of fans around the world, since it was released on History. Channel.

Created by Michael Hirst inspired by the Nordic sagas of Ragnar Lodbrok, Vikings is the drama whose narrative was represented in a mixture of historical reality and fiction, which was brought to the screen obtaining the support of specialized critics over the years and the overwhelming support of the fans, thanks to its fascinating plot and the interpretive quality of each of its characters, such as Ragnar, Ivar, Lagertha and Bjorn, among others no less important.

The series starred Travis Fimmel until the fourth season playing Ragnar Lodbrok, an explorer warrior who opened space across the European horizon, bringing Viking culture to any corner, through his military strategies. His legacy was taken up by his children after his death.

In Vikings, all the children of Ragnar starred in the rest of the series carrying out military raids and invasions with the purpose of avenging his death, but with the main objective that was none other than to expand their pagan beliefs in other territories, the which were always under the dominion of the Christian religion.

Ragnar and Ivar actors in Vikings reunite and fans react

In the History series, fans also met Ragnar’s crippled son. Called Ivar ‘The Boneless’ due to his physical handicap, he was one of the most ambitious descendants of the Fimmel character. In Vikings, he was portrayed by actor Alex Høgh Andersen, who, within a year of the end of the historical drama, wasted no time sharing a photo in which he is reunited with the one who played his screen father.

Actor Alex Høgh Andersen posted on his Instagram profile a photo with actor Travis Fimmel adding as the caption: “Encounter with the Old Man”, referring to his father’s Ragnar in the series. They both played father and son in Vikings, and they stood out among fan favorites due to their excellent performances. The viewers of the series did not take long to react when they saw the talented stars together again. This they said on the social network:

“Travis’s face in the photo expresses my state of mind when I’m studying.”

“Is this the sequel to ‘The Origin’?” 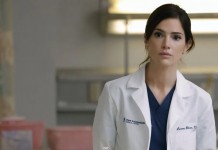 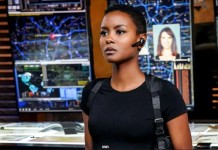 NCIS Los Angeles: Andrea Bordeaux and the reasons for her tragic departure from the program 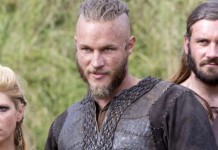 Vikings: This is the intimate relationship that these two important characters have

Street Fighter 5 will receive DLC from fighters Rose, Oro and...