In the last episodes of the final season of Vikings, the character of Ubbe discovers North America? A true story … or not!

Vikings Season 6 is live on Amazon Prime Video. Thus, fans are curious to know more about the truth behind the series. Did Ubbe really discover North America?

In the final episodes of the Vikings series, Ubbe sets out on a journey to “Goldenland” which is now part of North America. Historically, has Ubbe really discovered this continent? This is a question fans of the series have been asking since the airing.

Towards the end of the final season, Ubbe, Othere and Torvi finally stumbled upon the “Goldenland”. The land they took your time to seek …

If the real name of the island was never revealed in the series…. After the discovery of an indigenous tribe on earth, many Viking fans believe that Ubbe landed in North America and more specifically present-day Canada.

FYI, the character of Ubbe in the Vikings series is based on an actual Viking military commander of the same name. The latter lived in the 9th century. So many wonder if it was he who discovered North America and not Christopher Columbus.

After 6 seasons, the historic Vikings series ended a few months ago, in December 2020! However, fans of the series continue to have questions. And especially concerning the character of Ubbe and his discovery of America.

As far as we know, the real Ubbe never sailed to North America. In the Nordic sagas, the latter is most famous for leading the great pagan army which invaded England in the mid-9th century!

A story that the Vikings series has put forward in seasons 4 and 5! However, when it comes to discovering the island, it gets complicated! Indeed, the series seems to have been based more on a viking by the name of Leif Erikson!

Indeed, the latter is known to have explored an island under the name of Newfoundland…. Furthermore, Ubbe’s character in the series has the same physical characteristics as him: “A tall and strong man, with a very striking and wise appearance, in addition to being a moderate man in everything.”

However, this discovery took place well after the period that the series relates! Thus, we can think that the writers have accelerated the chronology of the series in order to tick off the different themes of the show.

“I knew the end would be the discovery of America and Newfoundland. And that’s what I always expected, ”said Micheal Hirst of the showrunner of the series. 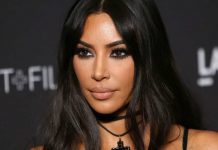 Kim Kardashian Reveals Her Favorite Looks at The Met Gala 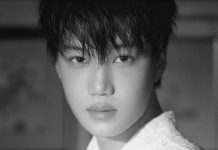 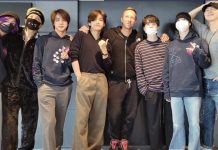