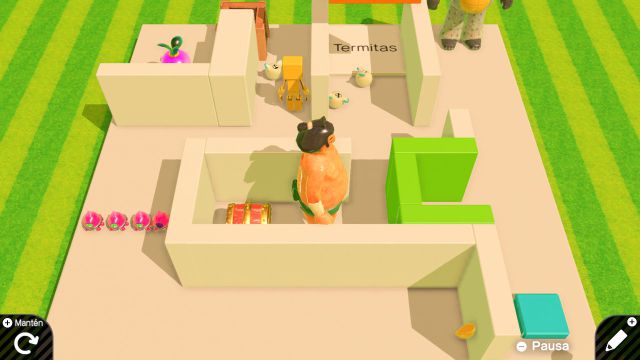 Switch: Nintendo unleashes our inner developer with Video Game Studio, the new Switch title that makes programming fun. Developers around the world have spent years trying to make the player understand the complexity of creating a video game. Classic editors like TimeSplitters or more modern ones like Dreams were tried. In fact, Nintendo itself tested it with Super Mario Maker, but the difference between these and the Video Game Studio is that we can now create a completely new game using programming techniques. Nintendo’s new project goes one step further and delves into codes and lines of dialogue expressed through the simplicity of the nodon, but without losing the complexities of the profession. Video Game Studio will make millions of players understand that even the simplest action takes arduous and hard work behind it.

Find out how video games are developed

Creating in a Video Game Studio is as simple and fast as breathing, but first we must understand its fundamentals. Nintendo proposes us to go through a series of interactive lessons to learn the basic principles of programming. The first of them is mandatory to be able to access free programming, but we soon realize that without them we would be left in the most superficial layer of the Video Game Studio.

During these lessons we will be accompanied at all times by Bob and Alice, entities that Nintendo has endowed with a certain personality to make the learning process more enjoyable. In the same way it happens with the nodon, simple and intuitive tools that will simplify the programming process and that will be presented to us little by little to understand some of their capabilities. Yes, some, because although we can all arrive at the logical reasoning of joining the lever node and the character to move the protagonist, as you advance and understand the possibilities that Video Game Studio offers, you will observe how your way of reasoning changes radically.

Nintendo, true to its philosophy, has wanted to create a game dedicated to all audiences, but this time they have gone one step further. Before our first glance at the Video Game Studio, we observe a friendly game that invites to be played thanks to a careful interface. However, and far from the reality perceived by its first trailer, we find a game with multiple and generous layers of depth in which programmers will find unlimited fun. Video Game Studio is a tool, not a video game, and is dedicated to all of them, whether they are first timers or veterans.

It is an ideal tool for creating prototypes of what future video games could be, with all that that entails. It is far from offering artistic tools with which to visualize our project beyond a couple of dedicated nodons. It is a respectable decision, since, after all, it is a game dedicated 90% to programming. The other 10% belongs to the playable part, a section relegated to a second (or third) plane because, let’s say, the fun and entertainment that Video Game Studio offers lies in seeing how everything we do takes shape and works (or not) . To make matters worse, the online part does not have a browser with which to search and test other video games as it did in Super Mario Maker 2. If we want to try and enjoy other projects we will need to ask the other developer their ID, a wrong decision and which slows down a very useful process to keep learning.

Back 4 Blood: confirms postponement to October 2021