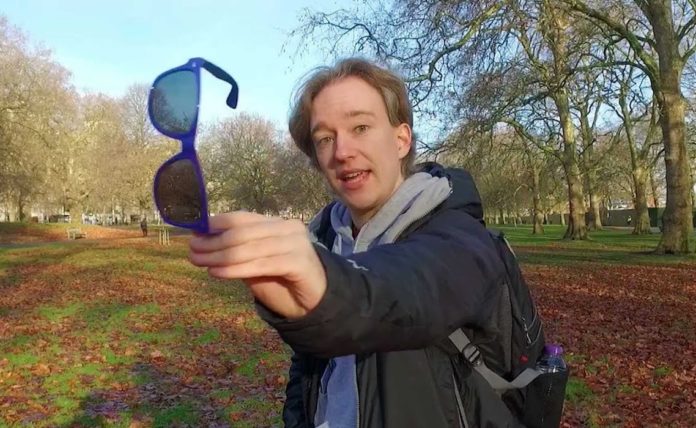 YouTuber Tom Scott recently released an interesting video on his YouTube channel. In the video published by Scott on his channel, it is seen that a piece of laser beams from a source is standing in front of Tom Scott. Scott extends his hand to the laser to show that it really stands in front of the laser, and it seems that the hand of the laser interacts.

As you can imagine, the laser beam image suspended in the air is just an optical trick. Behind this Scott’s video is laser artist Seb Lee-Delisle. Because Lee-Delisle is preparing this kind of laser show worldwide. The laser artist uses a laser machine, a special program and a special camera called the rolling shutter to make a laser show.

In Tom Scott’s video, this camera is located right next to Scott. Laser beams are produced through fast micro pulses. The program used in conjunction with the Rolling Shutter camera provides an image as if the laser beam is spreading in a dashed line.

Video where the laser beam looks like air is standing