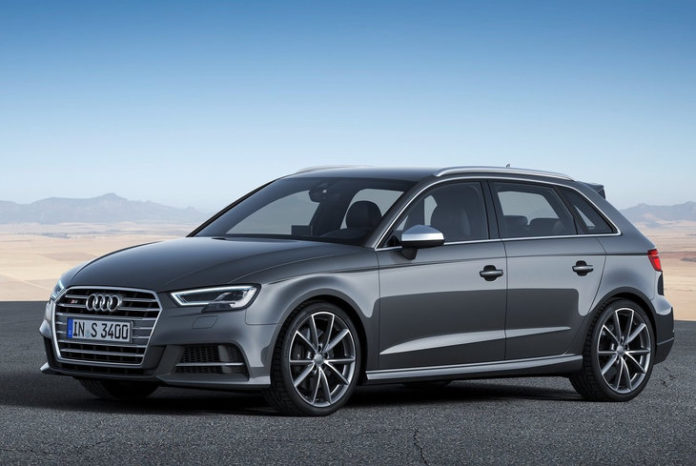 A test drive video of the 2020 model S3 Sporback from Germany-based Audi has been released. In the video, we can see the engine noise and road performance of the new camo car.

The test drive on Portugal’s São Miguel Island is said to be part of the “First Drive” event that the German company had made for the press for the S3 Sportback prototype. According to the news of Motor1, the vehicle in the video, which has a 2.0 TFSI engine, can produce 310 horsepower and 400 Nm torque in the four-cylinder turbo engine.

The Audi S3 Sportback has 4 exhaust outlets in total:

At this point, the reason for the vehicle’s power to remain the same as before WLTP shows the new emission rules that came into force in Europe. In fact, Volkswagen Golf R and Seat Leon Cupra were also forced to cut their power by about 10 hp to reach 310 hp in order not to go beyond WLTP restrictions.

In the video released, the vehicle’s 19-inch wheels, fake front and rear air vents and matrix LED headlights stand out. However, unlike the SQ5 and facelifted S6, the S3 Sportback has 4 exhaust outlets in total. This reveals once again that the vehicle will come in a remarkable view.

Treatment Method of the Future: Performing Artificial Activities in the Brain