Home Celebrity A Video from Stranger Things That Gives a Tip for Season 4... 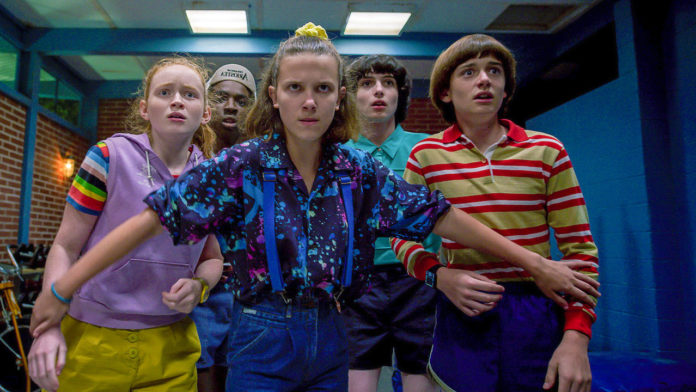 While the popular Netflix series Stranger Things is getting ready to come out with its fourth season in the coming months, a new video has been released about the series. The video shared on YouTube by Stranger Things confirmed one or two claims about the new season.

While we have to wait a long time to watch the new season of Stranger Things, Netflix continues to broadcast some sections that make our craving a bit. Finally, a video about the fourth season was shared from the official YouTube account of Stranger Things today.

In the video shared on YouTube, Stranger Things actors reunite to read the script of the 4th season, but the video not only shows familiar actors, but also a new name that will appear in the cast of the fourth season.

Important details about the fourth season of Stranger Things have been confirmed:
The video shared on Stranger Things’s YouTube channel, which you can watch under our article, starts with Caleb McLaughlin inviting the camera inside, which gives life to the character of Lucas in the series. As soon as the video starts, a hint is given about Jim Hopper, who managed to become the most curious name at the end of the third season.

The video shared by Stranger Things officially confirms that Jim Hopper, played by David Harbor, has survived the explosive lab at the end of the third season because we see a name tag with the names David Harbor and Hopper at the beginning of the video.

The published video may also show a new character added to the series, apart from the Jim Hopper surprise. In the 40th second of the video, a person appears behind Winona Ryder, who brought Joyce to life, but since this person’s face is blurred, we cannot make a guess at all.

So where did we extract a new character added to the series? According to a few claims made to date, in the 4th season of Stranger Things, a total of 4 new characters, three young and one adult, will meet us. Of course, it is worth remembering that these are only claims.

The video that hints about the fourth season: