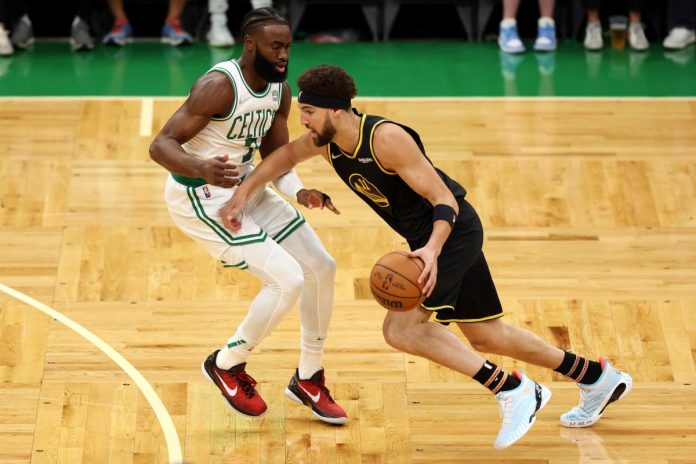 There were two Clay Thompson’s at the Chase Center on Monday night, even though one of them was fake.

He made his way into the Chase Center quite easily on Monday evening, as the video shows that all he had to do was get past the security service. He even went out on the court to warm up and scored a few shots during the shootout.

Then he was finally detained and asked to leave the arena before he was banned for life.

Here’s a video with all the details from Sports Illustrated:

One way or another, it’s something he won’t put up with for the rest of his life.

The sixth game of the NBA Finals will take place Thursday night at TD Garden in Boston. The Warriors are just one win away from their fourth NBA title in the last eight seasons.