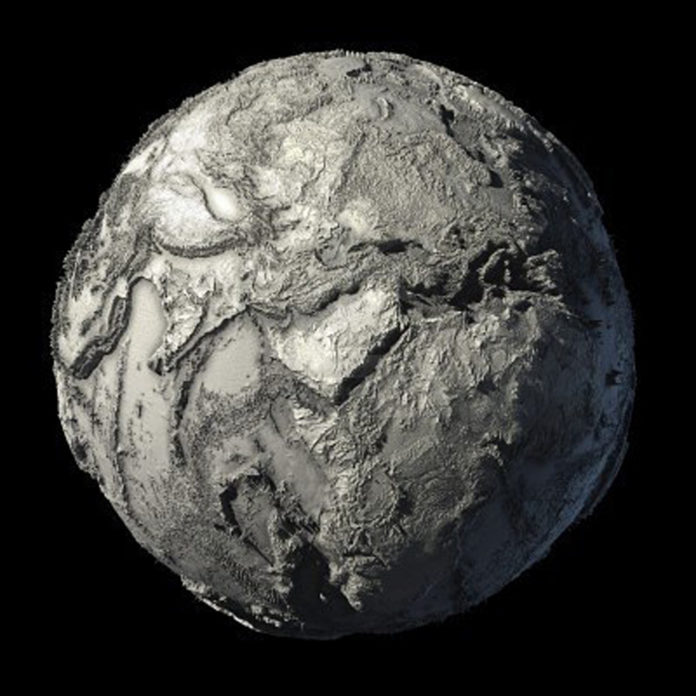 Approximately 71 percent of the world is covered with water. Water resources that cover such a large area of ​​the planet are the most important factors that characterize the appearance of the Earth. At the same time, water is one of the essential substances for the continuity of life on Earth. So how will our planet look when all the water resources on Earth are exhausted?

A planetary scientist named James O’Donoghue, who worked at Japan’s space agency JAXA and previously served at NASA, showed how the Earth without water would look. The animation, created by NASA animator Horace Mitchell in 2008, has become a world without water with the changes made by James O’s Donoghue. James O’Donoghue placed a follower in the animation that shows the drop in sea level and speeded up time. At the same time, the resolution of the video has been increased.

James O’Donoghue, who worked on the video, explained that the video started intentionally slowing down. O’Donoghue said, surprisingly, a lot of submarine lands appeared in pulling the sea level 10 meters.

Earth’s sea and ocean levels have changed since the planet was formed. In fact, the first ancestors of the people made their intercontinental migration through the lands that appeared as a result of these changes at sea levels.

The video animation, reworked by James O’Donoghue, reveals what the bottom of the oceans and seas look like, while showing the appearance of the Earth without water.

Research Demonstrating the Importance of Biological Dark Matter in the Growth...