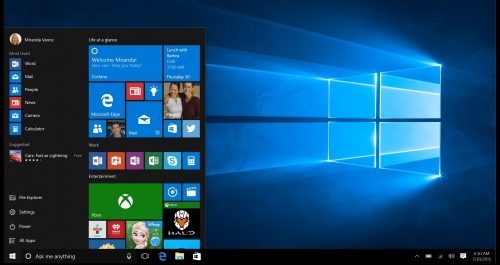 Panos Panay, one of the important names of Microsoft, has released a video on Instagram. Panay said that the video in question was shared in honor of 1 billion Windows 10 users and showed some innovations of Windows 10 with the video he shared.

One of the important names of Microsoft, Panos Panay’s video shared on Instagram clearly shows how the Windows operating system has been changing since the first days. The video, which starts with the opening screen of Windows 95, comes up to Windows 10 and reveals some new features of Windows 10.

For a while, Microsoft has been working on a variety of ways to change the overall look of Windows 10. The company even changed the icons on Windows 10 recently. Windows 10 users will witness some changes in the future. Because Microsoft seems to make serious changes to the overall appearance, especially the Start Menu.

The video that Panos Panay shared on Instagram also reveals how the Windows 10 Start Menu will change. According to the video in question, the Start Menu of Windows 10 will have a slightly wider structure. This way, users will be able to use the Start Menu more effectively than the old design.

The only change Microsoft is working on is not Windows 10’s Start Menu. It seems that the company will radically change its public folder and file views in the future. Because the video shared by Panay reveals the new menus in addition to the changes that Windows 10 will make in the File Explorer.

The team made this video to celebrate making it to 1 billion MAD on Windows 10 and I wanted to share it with all of you. Now at a time when so much of our work and communication is taking place through our devices, it’s especially humbling to know that Windows can help empower a billion people to stay connected to the things and people they care about #Windows

We can say that the video published by Panay is important in history. Because the tech giant will be holding an online event on March 30, and will show what Microsoft thinks for 2020 and beyond.

SpaceX creates area on your website for people to submit questions...