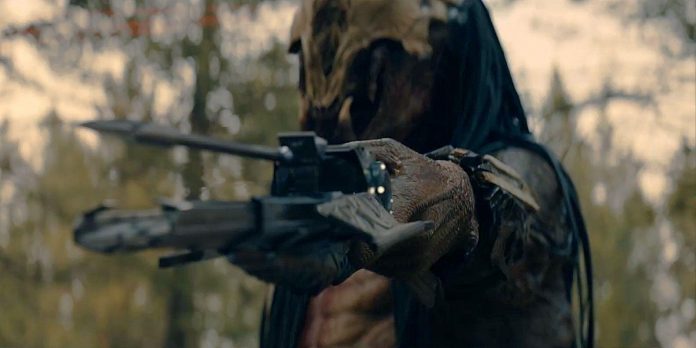 A recent Prey short video shows off the new Predator arsenal. The upcoming monster horror film is a prequel to the popular franchise that began with 1987’s Predator starring Arnold Schwarzenegger, Carl Weathers and Jesse Ventura. Although the original film received mixed reactions from critics, “Predator” spawned a 35-year franchise, including five sequels and two crossover films with the “Alien” film series. Now the latest entry in the franchise aims to bring fans back to the events of the original film to tell the story of an earlier encounter with a Predator on Earth.

The action takes place on the Great Plains of America in the early 18th century. Prey follows Naru (Amber Midtander), a young Comanche hunter who takes it upon herself to protect her people when faced with an alien threat. Although the iconic Predator uses advanced alien technology, director Dan Trachtenberg has previously stated that the alien arsenal has been modified for the upcoming prequel film. The villain will no longer wear his recognizable metal helmet, but instead will wear a mask forged from the skull of the creature that once killed the monster. In addition, his distinctive plasma-casting weapon on his shoulder has been replaced. However, this creature has never before seen weapons and technologies that allow you to track down and kill your prey.

Related: Prey’s Reaction Proves that the Predator Franchise Is the Best Setting

Now a new short video from 20th Century Studios demonstrates the latest Predator arsenal in Prey. The monster can be seen with earlier versions of weapons and gadgets that viewers have seen before, such as a Predator camouflage device, a wrist glove and a net gun. The video also shows the Predator’s new retractable metal shield and melee weapon, which the director called the Cut Clamp, which can wrap around its target. Watch the Prey video below.

Although the Predator’s weaponry is much more advanced than that of the Comanche, the alien technology is less advanced than the previous versions presented in the franchise. The reason for this is most likely due to the fact that the film takes place almost 300 years before the events of the original film. Because of the less effective ranged weapons — since there is no longer a plasma caster — the Predator is open to more attacks, which requires a protective device such as a folding shield.

Throughout the decades of the franchise, Predator has generally relied on its tools as a way to destroy its targets. This led to a fight that wasn’t fair at all. With the new version of the ruthless Hunter simplified in terms of technology and weapons, the Predator will have to rely more on tactics, brutality and instincts to get his next trophies. Prey will be released on Hulu tomorrow, August 5, and viewers will finally be able to see the latest version of the ferocious action movie in action.

“Star Wars: Legends” — one quote from each main character contradicting...