Home Entertainment Video interview “The Lord of the Rings: Rings of Power” with Charles... 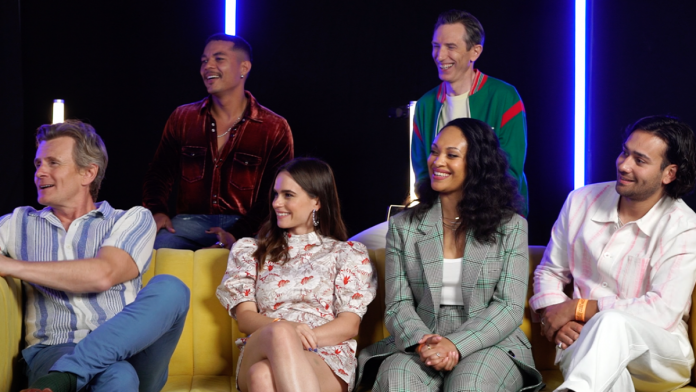 The stars of The Lord of the Rings: Rings of Power, including Charles Edwards (Celebrimbor), Cynthia Addai-Robinson (Queen Regent Miriel), Ema Horvath (Earien), Ismael Cruz Cordova (Arondir), Daniel Weyman (Stranger) and Maxim Baldry (Isildur) discuss their new addition to the world “The Lord of the Rings” in this CinemaBlend interview from Comic-Con 2022 in San Diego. They discuss how their characters may or may not meet in the series, joining this growing world, and much more!In

0:36 Cynthia Addai-Robinson talks about how the original “Lord of the Rings” films influenced their show

1:43 Charles Edwards on deviation from the script

2:50 Ema Horvath on how the storylines of several characters in the series do not get confused

3:18 Maxim Baldry on how his Isildur will differ from what we saw in the original films

5:09 Ismael Cruz Cordova talks about the moment when the impact of this project became real for him

6:19 How this show speaks about our modern world

7:00 The actors talk about what episodes they want the fans to see.

9:05 The actors talk about the binge model and weekly viewing