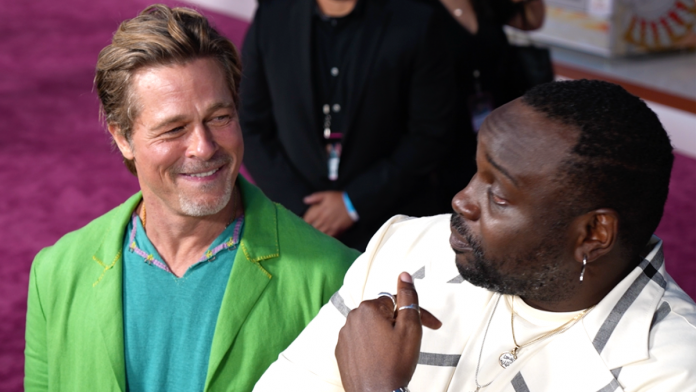 02:07 – Logan Lerman on the opportunity to work with Davis Leitch.

02:24 — David Leitch and Kelly McCormick discuss whether the crazy tone went “too far”.

03:26 — Joey King on the preparation for the filming of “High-speed Train” and “Princess”.

03:46 – Michael Chaturantabut about the training of Davis Leitch and his appearance as a major Hollywood director.

05:01 – Emeline Adams on how she was cast in the film, and about her first premiere on the red carpet.

05:37 — Dominic Lewis discusses how the mixing of genres in “High-Speed Train” allowed him to go crazy with music.

06:19 — Zach Olkevich thanks Davis Leitch for making the script work.

07:05 — Amanda Munoz on the role of the wife of the Bad Bunny and how the artist was surprisingly shy.