Home Entertainment Video Game Porting, How Are Ports Made? Steps And Processes 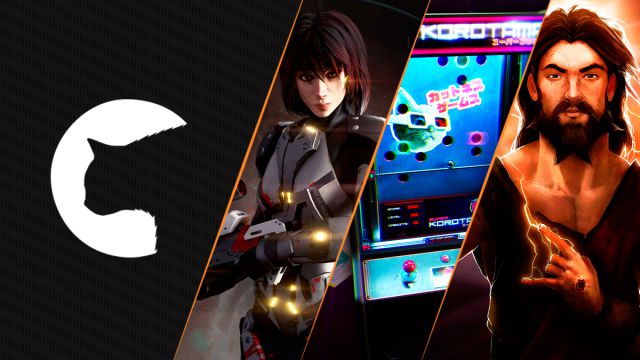 Video Game Porting: We interviewed the Catness Game Studios team to tell us how the process of converting video games between platforms is carried out. Video game porting has been a minority phenomenon a few years ago. The consolidation of more and more platforms and alternatives to enjoy a specific work has given rise to a much broader horizon. The industry is thus in need of not only small and large studios willing to create, design and contribute; but also teams determined to work on credible adaptations of original titles on consoles that were seemingly unthinkable at first.

Catness Game Studios was born in the Valencian city of Castellón in 2014 with a clear commitment to 3D, realism and the visual and mechanical quality of its video games. Dumped with Unreal Engine, they offer services of all kinds, from publication to optimization; but above all the porting of videogames, the watchword of the DNA of this young team made up of seven people, with a lot of desire and talent. After HIVE: Altenum Wars, The Savior’s Gang or Super Korotama on consoles like PlayStation 4, Xbox One, Nintendo Switch and mobile devices, the sky is the limit for this independent team. MeriStation has interviewed Marco Domingo Navarro, co-founder and developer of the studio, along with Israel Mallén, head of communication and marketing, so that they can tell us in depth what the porting process of a video game is like. From the beginning to the end.

Porting videogames is more than just “copy and paste”; difficulties and steps to follow

Because the world of porting is here to stay. This is something that they celebrate from the Valencian study, which has built its growth based on this type of work during the last five years. Surely we can establish as a turning point with the arrival of the Nintendo Switch, a platform very different from Xbox and PlayStation – always technologically hand in hand, whatever generation it is, such as the one we are starting. The particularity of the Japanese hybrid is not only its difference in architecture with respect to the others, but its success. The greater the success, the greater the interest in having your work available in their digital store. That, inevitably, has led to more ports and greater demands to achieve well-optimized conversions, perfectly polished and with results that do not have to envy the original works. Catness was not born as a ports studio, but as soon as the first proposal arrived, a marathon began that does not end and that, seen as we have seen, will continue to boom from now on.

The first question is clear as well as basic, is it really difficult to make a port? “It depends a bit on the video game, because we find very different cases depending on the project. Some are easier to carry; then there are bigger, more ambitious projects. There you do have to touch more parts of the game, including aspects that are never thought of in the porting process, such as some 3D modeling or animation. Things like that ”, Marco Domingo begins by saying. The difficulties that appear in the process “depend on the project,” he points out. “It happens many times that a priori they are simple and do not have to give you problems, but each project belongs to his father and mother. The programmer has done it as he wanted. Sometimes you know that you have to modify something in the game so that it comes out on PlayStation or Nintendo, but since you don’t know how they did it from behind, you’re not sure how easy it will be to solve it. “

Hogwarts Legacy Specifies Its Progress System, Classes And Level Up