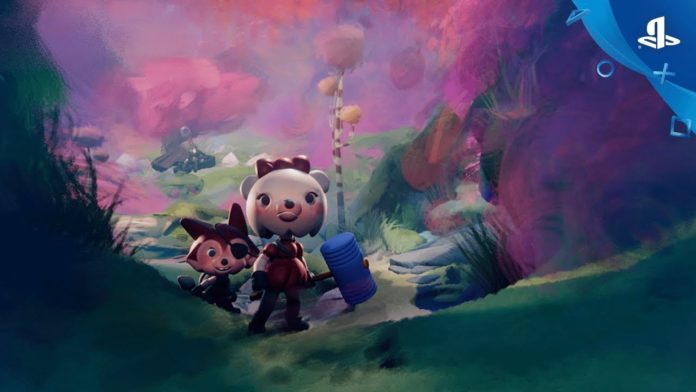 The main structure of video games is to reach the end of an existing game. Dreams, a new game, gives you a chance to make your own game with tools similar to those owned by professional game makers.

The concept is always the same when the games we play are taken out of points such as simplicity-difficulty, complexity-simplicity, expensive-cheapness. We try to accomplish what is desired within the limits set by a game maker. In the FIFA series, it is determined how the ball will move, in Dark Souls there is a completely different world and a completely different physics.

Dreams, a new game by Media Molecule, has a very different ‘gameplay’ at this point. The game does not have a story, a main character, missions or side missions. Instead, there are many interesting tools that we can use to make games.

Eccentric game from England
Dreams has been released for PlayStation 4. The game, which belongs to the Media Molecule development studio founded in 2006, contains tools that we can use to make our own games and that are useful for making music, preparing visuals and creating game mechanics. So we have to do the game first to play.

“We want people to do things we cannot predict in life,” said Mark Healy, the studio’s creative director, in a statement about the game. It is also possible to share the works we produce in the game.

Dreams game has two different modes. The first one is “Dream Shaping”, namely the game creation section. In this section, we create our own game and get information on how to use the vehicles. Another mode, Dream Surfing, allows us to discover and play games made by others using various filters.

The result of 9 years of effort
The development process of Dreams started in 2011. The game was in early access in April last year. Those who bought the game during this period could play the beta version and help shape the final version of the game. In the three months since the game was released, more than 70 thousand games were installed on Dreams’ servers.

Media Molecule continues to make remarkable games with a small team. LittleBigPlanet, the company’s first game, was released in 2008. That game, where you can create your own episodes, also received full marks from the players and critics. Apparently, Media Molecule likes the players making games for the players.