Home Entertainment Victims of Armie Hammer speak out in the trailer of the documentary... 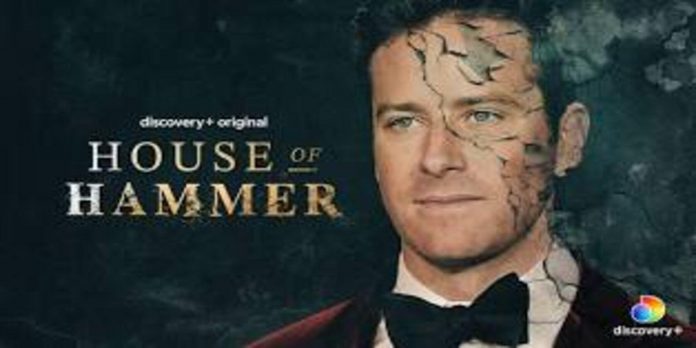 Armie Hammer and his alleged crimes are the subject of a new documentary series called “Hammer’s House” from Discovery Plus featuring testimony from survivors and family members. They will no longer be silenced, and the chilling truth will be revealed to everyone.

In a three-part documentary series, the horrific allegations against the 35-year-old star of “Call Me by Your Name” and Disney’s “Lone Ranger” will be examined and thoroughly analyzed. The documentary series will also tell about the abuse between generations in the Hammer clan.

The Discovery Plus trailer revealed that the documentary series will debut later this summer, on September 2, and the first look at House of Hammer gave an idea of the emotional roller coaster the series will be and the heartbreaking stories it will present to viewers. auditorium. The trailer shows Hammer’s two ex-girlfriends (Courtney Vucekovi and Julia Morrison), who recall their relationship with Hammer. Both women begin to remember how the first days of life with Hammer were like a dream, and everything they ever wanted, but soon everything began to change, and everything began to rise to heights that they could not even imagine. They begin to delve into the violence they encountered with ropes during intercourse, the creepy notes Hammer left them to find them, and the huge amount of text messages Hammer sent that fully illustrated his very disturbing thoughts. The trailer shows screenshots of some of these seething messages, and there are even voice memos from Hammer himself, which makes the trailer for “Hammer’s House” even more disgusting.

The trailer for “Hammer’s House” changes as it begins to delve into Hammer’s family history, as the actor’s aunt Casey Hammer talks about a dark and perverted nature precisely woven into Hammer’s family tree. In the trailer, Casey says, “When all this became known about Armie, I wasn’t shocked. You just don’t wake up and become a dark controller, an abuser. This behavior is deeply ingrained.” Casey has spoken out against the Hammers in the past when she spoke to Vanity Fair about their project “The Fall of Armie Hammer: A Family Saga about Sex, Money, Drugs and Betrayal,” where she delved into similar dark truths about the Hammer family.

“Hammer’s House” will be an emotional story at first glance, and it will definitely be a difficult hour for victims of sexual abuse, as it delves deeply into the nature of the actions allegedly committed by Hammer. However, it will also serve as a beacon of hope for those who have struggled in the shadows, afraid to tell their stories and abandon their abusers. As Vucekovi and Morrison dive into how they found the strength to escape from Hammer, some people will find healing in their resilience, and many other victims of sexual assault will definitely step forward.

House of Hammer will be released on September 2, 2022 on Discovery Plus.

Elden Ring Reveals Its Minimum And Recommended Requirements On PC