Home Sport Vice President of Barcelona: “We are pleased that Vidal and Rakitić are... 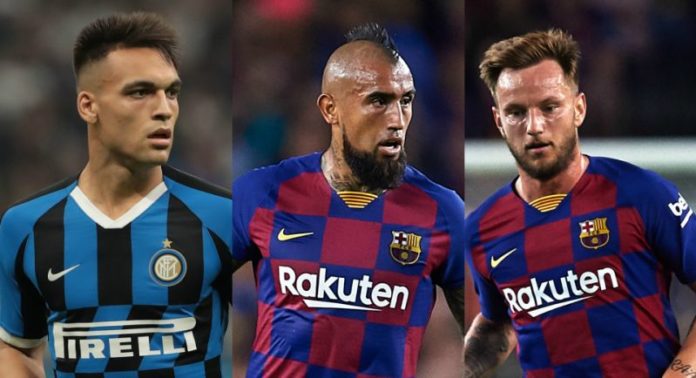 The first vice president of the board of Josep María Bartomeu, Jordi Cardoner, referred to the rumors about a possible departure of Arturo Vidal and Ivan Rakitić from Barcelona.

In dialogue with the print edition of the Tuttosport newspaper, the leader talked about the future of both players, who have been related in recent days to Inter Milan. The Croatian comes from being a starter in the 5-2 win over RCD Mallorca, for the third consecutive game, while the Chilean remains an alternate, seeing action in the second half.

“If they don’t play that much it is because, as our coach has explained several times, we have some excessive reservations in the midfield. I don’t have to say how they would play in other teams. That said, we are pleased that our players are associated with important clubs like Inter and Juve, because that means we have a great team, ”he analyzed.

“I never talk about players who don’t belong to our team because I respect their clubs. Do you talk a lot about him? Well, it is important that we talk about our transfer movements, but I must also say that if all the players whose names you read every day in the newspapers arrived, we would need five teams to play, ”he reflected.

It should be remembered that the English and Italian media versions suggest that Pep Guardiola’s team sees the former Racing as a possible successor of Sergio Agüero in the Manchester City attack. His name also rang in Manchester United as Alexis Sánchez’s successor. However, the one born in Bahía Blanca, who has thirteen goals in the 2019/2020 season: eight in the Serie A and five for the Champions League, said that “in Inter I feel at home. That is something very important for me I work hard to show that I deserve to wear this shirt. I want to give the club satisfaction. ”

Finally, the manager advanced the crossing before the Lombards in San Siro, valid for the sixth day of the Champions League. Antonio Conte’s team must win to qualify for the round of 16. “In the first leg, Inter impressed me. They are a very different team than we have seen in recent years, in operation it is one of the best European teams. Today we can talk about a great Inter again, “he closed.