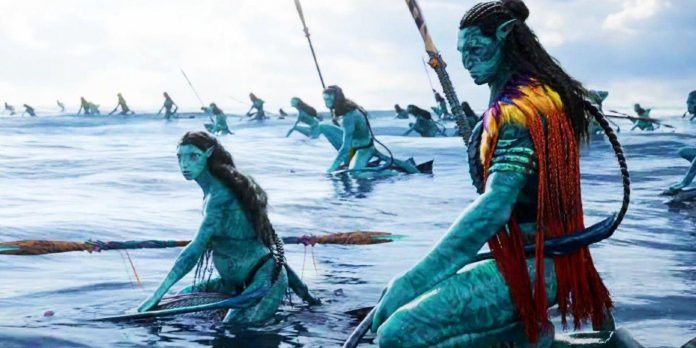 The reaction of the “Avatar: The Way of Water” trailer was refuted by visual effects artists. In early May, a teaser trailer for this long-awaited sequel was released, which for the first time shows the underwater world of James Cameron. The trailer for “The Way of Water” almost immediately became a hit, gaining more than 148 million views in less than 24 hours.

Nevertheless, the trailer and Cameron’s original Avatar are not without detractors. Cameron and his team have had over a decade to develop new technology to provide high-quality underwater motion capture technology. However, critics of Avatar 2 claim that the original Avatar has lost its cultural significance. Others go even further and say that the teaser trailer for “The Way of Water” is not much different from the original trailer.

Related: The success of the Avatar 2 Trailer Proves That James Cameron’s Haters Were Wrong

Three VFX artists refute these detractors in a new video from Corridor Crew. According to these artists, “Avatar 2” really updates the computer graphics of the original film, and does so to a large extent. Although the Way of Water team is clearly striving to preserve the “aesthetics of the original Avatar,” these artists claim that the new trailer is actually significantly different from the original. They destroy many elements of the trailer, as they are related to the previous statements of those who hate Avatar 2, including those who claim that the water in the trailer is a practical effect (i.e. that all this was filmed using real water), and not computer generated. VFX artists explain:

“They managed to convey the aesthetics of the original Avatar, as well as update every visual component that you see.”

In addition, they emphasize one particular close-up shot of a Na’vi man adjusting a leather strap in the water:

Although many viewers may not have believed that the “Avatar: The Way of Water” trailer contained full-scale computer graphics of water, these visual effects artists prove that the distrust of these viewers actually speaks well about the visual quality of the trailer. Instead of a careless, large-scale visualization of water made by a computer, the water in a close-up shot looked incredibly realistic, its physical dynamics reflected the dynamics of real water. The fact that computer graphics are no different from the original proves that the visual effects artists of Avatar 2 paid close attention to the world they created and remained faithful to the original universe, even though they used significantly improved technologies. By breaking down the individual elements of the frame and others in the trailer (including, for example, the fact that the dripping hands in the aforementioned frame represent computer graphics, and not the painted human skin of the actor), these visual effects artists refute the theory that “Avatar: The Way of Water” is full of practical effects, and not huge achievements of computer the graphics that the trailer actually creates.

These VFX artists, who are industry professionals, demonstrate palpable excitement about the achievements presented in Avatar 2. After so many years since the release of the original movie “Avatar”, viewers can easily ignore the sequel, saying that it lacks the main thing. the sign of its innovative predecessor. However, from this new frame-by-frame breakdown, viewers can get a clearer idea of how complex and elaborate this new computer graphics actually is. The Na’vi, of course, are still blue, and the shape of their eyes is almost identical to the original. But the computer world of “The Way of Water” is clearly no less bright and stunning than it was when “Avatar” hit theaters in 2009.