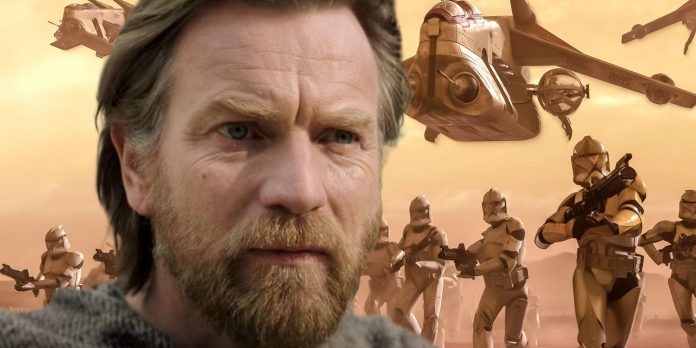 A clone cameo in the series “Obi-Wan Kenobi” for Disney+ hides a deeper tragedy. Ten years after the events of “Star Wars. Episode III. Revenge of the Sith” the series “Obi-Wan Kenobi” for Disney + forced the Jedi master to leave his self-imposed exile on Tatooine when the Inquisitors kidnapped the young Princess Leia. In episode 2, Kenobi headed to the planet Daiyu, where he immediately encountered a reminder of his past — a veteran clone soldier from the 501st Legion, forced to beg on the streets.

The cameo clone had a deeper meaning than many viewers assumed. Since Kenobi was hiding on a remote Outer Rim planet, this was probably the first time he encountered a clone trooper after Order 66. He would have recognized the distinctive armor at a glance and knew that the chances of this particular clone were high. The soldier was serving under the command of Anakin Skywalker when his former student led the attack on the Jedi Temple. Obi-Wan never knew about the inhibitor chips, which means he couldn’t have known that a soldier had no choice. And yet, no matter what, he decided to give his fellow Clone Wars veteran some money. He felt sympathy, admitting that they had both been humiliated by the Empire.

However, even behind Obi-Wan’s pathos in the face of trauma, the clone trooper’s cameo also hid a deeper tragedy. As Lucasfilm notes in the official trivia gallery: “Temeura Morrison’s cameo role as a veteran of the 501st Clone Battalion shows not only a decade of neglect and despair, but also the continued acceleration of growth encoded in the biology of the clone. This genetic manipulation makes him far [older] than his 20 years or so in chronological order.” The aging of the clone highlights the tragedy of the Clone Wars. Formally, the clones won the war; The separatist army was defeated, and Order 66 meant that they were the ones who defeated the Jedi. And yet, no matter what, they were always just pawns for the new Emperor.

After the Clone Wars, the Empire quickly stopped using clones, instead moving to a massive recruitment initiative across the galaxy, and probably artificially enhanced aging was one of the reasons for this decision. The production of clones was expensive, and they did not remain viable for long. To make matters worse (from Palpatine’s point of view), some clones rebelled against Order 66; in the first season of Star Wars: The Bad Batch, it was also assumed that the influence of inhibitor chips wanes over time, potentially making them even more unreliable.

It always seemed strange that there were so few clone troopers in the Rebel Alliance. Episode 2 of Obi-Wan Kenobi reminds viewers why this is so; because clones age incredibly fast, and only a few survived to the time of the Galactic Civil War. Unfortunately, this accelerated aging may well explain why the Empire felt so comfortable throwing them aside; they knew the clones would soon disappear, eliminating a potential source of well-trained rebels. Thus, the greatest army in the history of “Star Wars” disappeared in just a few decades, leaving only a few tragic telltale signs similar to those of Obi-Wan Kenobi.

Do you want more articles about Obi-Wan Kenobi? Check out our main content below…

Final Fantasy 7 Rebirth Must Go Off the Rails