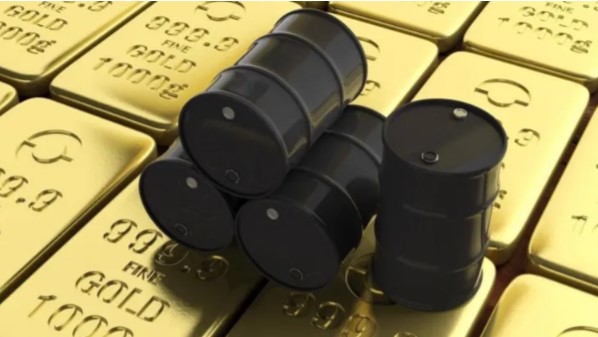 Commodity prices are expected to remain high throughout the year as Russia’s war with Ukraine continues to intensify, according to World Bank analysts. However, according to the report, the price of gold will rise slightly in 2022, and then fall in 2023 under the pressure of tightening monetary policy in the EU and the United States.

On Tuesday, the World Bank released its latest price forecasts for energy and agricultural commodities with significantly higher price forecasts. The price of Brent crude oil is estimated at an average of $100 in 2022, which is 42% more than in 2021, and is the highest level since 2013. Prices for non-energy goods are expected to rise by about 20% in 2022, with the largest increase in commodity prices due to the fact that Russia or Ukraine will be the main exporters.

Analysts, in particular, expect wheat prices to rise by more than 40% this year and reach a historic high in nominal terms. Looking back this year, the World Bank says the conflict in Eastern Europe will have the most significant impact on commodities. Analysts in the report give the following assessment:

Although overall prices are expected to peak in 2022, they will remain much higher than previously estimated. The prospects for commodity markets largely depend on the duration of the war in Ukraine and the severity of the deterioration in commodity flows, and there is a significant risk that commodity prices may be higher in the long term.

As we covered in Somagnews news, energy and food prices were in the spotlight, causing inflation to soar to decade-highs around the world. As for the energy market, the report notes that prices have quadrupled from historically negative prices in April 2020 to March highs.

Meanwhile, food prices have increased by 84%. “This price increase has huge human and economic consequences and increases food security and inflation in many countries,” the report says. However, not all commodities are expected to shine this year. Precious metals have started the year well, and the World Bank forecasts industry growth of just 3% this year. For 2023, analysts say, prices will fall sharply, the report says. Analysts make the following forecasts regarding the price of gold:

The price of gold will rise slightly in 2022, and then fall by 10% in 2023 under the pressure of tightening monetary policy in the EU and the United States. In the long term, the price of gold may be affected by the policy of the Central Bank of Russia, and in the case of large gold sales, prices may fall significantly.

Panic on the famous crypto exchange: the loss of 593 million...