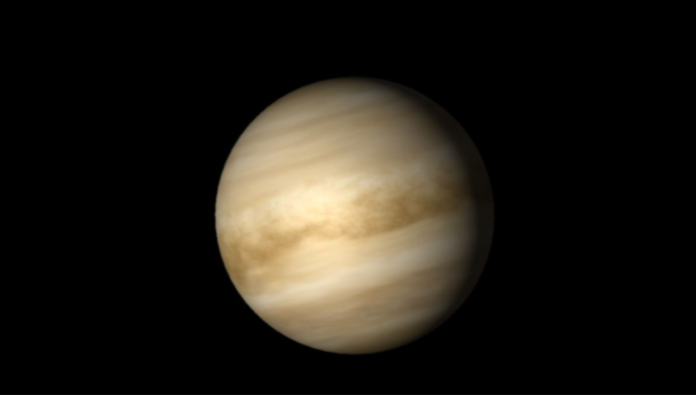 Venus day has been calculated to be, on average, equal to 243 Earth days. At the same time, researchers have measured the size of Venus planet core for the first time.

Venus, the closest planet to Earth, has the longest day in the solar system. Scientists describe it as the twin planet of the Earth because of its size, mass and density. But it’s a different planet in many ways. For example, even a lead melts easily on the planet, as surface temperatures are 471 degrees Celsius. Apart from that, Venus rotates from east to west, in the opposite direction to all the other planets in our solar system except Uranus. By measuring the rotation speed of the planet, the researchers found that Venus has a core about 3,500 kilometers in diameter. This is approximately the same size as the Earth’s core. A scientific team from the University of California made these calculations of the planet after 15 years of observations. The team published the study in the journal Nature Astronomy.

Venus is quite difficult for researchers to study the planet due to its thick atmosphere concealing its surface. It has a thick and toxic atmosphere composed mainly of carbon dioxide with clouds of sulfuric acid droplets. Therefore, radar and other observation techniques are of great importance for probing behind dense clouds. Jean-Luc Margot of the University of California and colleagues tracked Venus using the Goldstone Solar System Radar in California. In their study from 2006 to 2020, they studied the planet by sending radio waves. Then they used both this and the Green Bank Telescope with radar point tracking technique. With this technique, the team observed the echoes of the waves returning to Earth in West Virginia.

The technique the researchers used allowed them to measure very small changes in Venus rotation and motion. According to the study, one Venus day turned out to be equivalent to an average of 243.0226 Earth days. The planet completes its orbit around the Sun in less time than it does around its own axis. It has been shown in previous studies that it forms a complete orbit around the Sun in 225 Earth days. After 15 years of observation, they found the axis tilt of the planet to be 2,6392. In the study, the team wrote that the motion of Venus repeats every 29 thousand years.

It is still unknown whether the core is solid or liquid.

“We roughly estimate the radius of the core of about 3,500 kilometers,” Margot said. said. While the team cannot figure out whether the core is a liquid or a solid, previous theoretical studies show that the core, like ours, consists mostly of iron and nickel. However, it is not known whether Venus has an inner solid core, such as Earth, and an outer liquid core, or whether it is all solid or completely liquid. Also, the researchers calculated that the neighboring planet rotates almost perpendicular to its axis. So it lacks distinguishable seasons. Accordingly, the tilt of the Earth is 23.5 degrees while the tilt of the twin planet is about 2.64 degrees.

Previous kernel predictions were based on computer modeling rather than observational data. While the new estimates are compatible with previous models of core size, actual measurements will provide more accurate field of study for Venus in the future. For example, knowing the size and density of the core will be useful in understanding the history of the planet. Margot said that there hasn’t been enough work done on the twin planet: “Almost everything about the evolution of a planet is determined by scientists by the size of the nucleus. It’s really hard to understand anything about a planet unless you have a good picture of its internal structure. I don’t think Venus would be more difficult to understand than other planets if we had enough data. But there is a pitiful lack of data about Venus. “There has been no NASA mission to Venus for almost 30 years, and they did dozens of Mars missions during that time.”