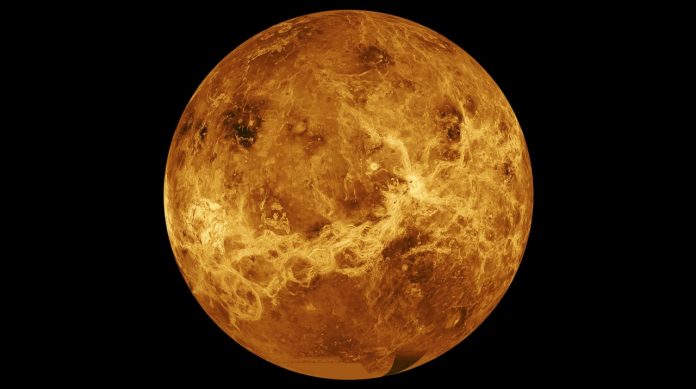 Venus mission. NASA will launch a new mission to Venus, the neighboring planet of our Earth. The US Aerospace Agency will go to the planet after more than 30 years. It will send two spacecraft to the hottest planet in the Solar System. With these missions, scientists will study Venus’ atmosphere and geological features.

Two robotic vehicles DAVINCI+ and VERITAS will set off for cosmic hell in the next few years. NASA has announced that missions will begin between 2028 and 2030. They announced that they will launch DAVINCI+ in 2029.

Venus is the second closest planet to the Sun in the Solar System. It is also the neighbor of our Earth. However, there is a big difference between them and the world. For example, it has temperatures (471°C) high enough to melt even lead. According to scientists, it is so hot because it does not allow the Sun’s rays from the atmosphere to escape. But there is still so much unknown…

The clouds in the atmosphere of Venus, which is smaller than our Earth, are made up of droplets of carbon dioxide and sulfuric acid. NASA announced that DAVINCI+ will measure the composition of the dense, greenhouse atmosphere of planet Venus. However, he explained that VERITAS will map the planet’s surface from orbit to help determine its geological history.

DAVINCI+ will consist of a descent probe and spacecraft. They also expect the vehicle to bring in the first high-resolution images of unique geological features called “tesserae” on Venus. Scientists think these features can be compared to Earth’s continents. They also suggest that Venus has plate tectonics.

Venus may once have had oceans potentially suitable for life.

For many years, NASA has received criticism from many scientists while giving importance to Mars missions and putting Venus in the background.