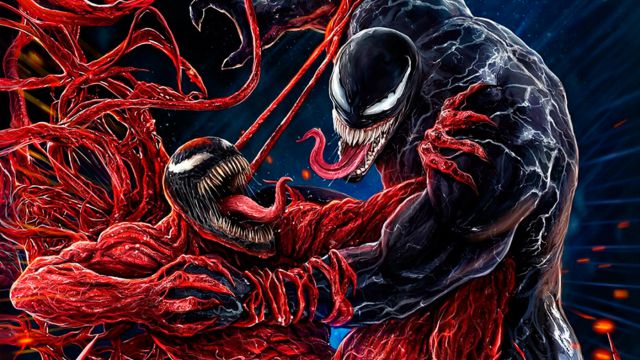 Venom: The protagonist of the Venom franchise talks about the violence of the film and claims to recognize the symbiote from the comics; new promotional arts. Venom: There Will Be Carnage, the sequel to the original Venom installment of 2018, will have a PG-13 rating, that is, suitable for all audiences, despite the fact that the symbiote is one of the most violent and explicit characters in Marvel Comics. ; the same happened with the first part. Even so, the film almost got an R-rating for adults due to several more risque scenes; This is how Tom Hardy, the main actor, recounts it, ensuring that despite everything, he does recognize the personality of the comic book character.

They considered an R rating during filming

This is how Tom Hardy explains the final decision to opt for the PG-13: “We consider it 100%. With all these symbiotes, you know you consider it. You read the comics and it’s extreme, but we didn’t come here to do that. There is a law and a rule when it comes to creating a movie accessible to many people, that satisfies everyone, even the most hardcore fans. So I hope the most extreme fans look at Carnage and say ‘Yes, I recognize Carnage from the comics. I’m happy with that’. And no, we have not started to tear off everyone’s head, but we have put our tongue in someone’s throat and we have managed to come out with a grade that is acceptable so that both my grandmother and I can go see it, “he says. Hardy.

On the other hand, director Andy Serkis also influences the rating of the film for all audiences, despite the fact that many scenes have been pushed to the limit: “Sometimes leaving things to the imagination is powerful too. We explored it as far as we could, but leaving room for people’s heads. That character is pretty scary and that’s the truth that he emanates from and Cletus Kasady is a character amplified through Carnage, who does a lot of the dirty work. So I think we fulfill the essence of Carnage ”, concludes the filmmaker.

Along with these statements we received new posters and video clips with extended scenes. Venom: There will be Matanza opens in the United States on October 1, while in Spain it remains for the moment on the 15th of the same month.