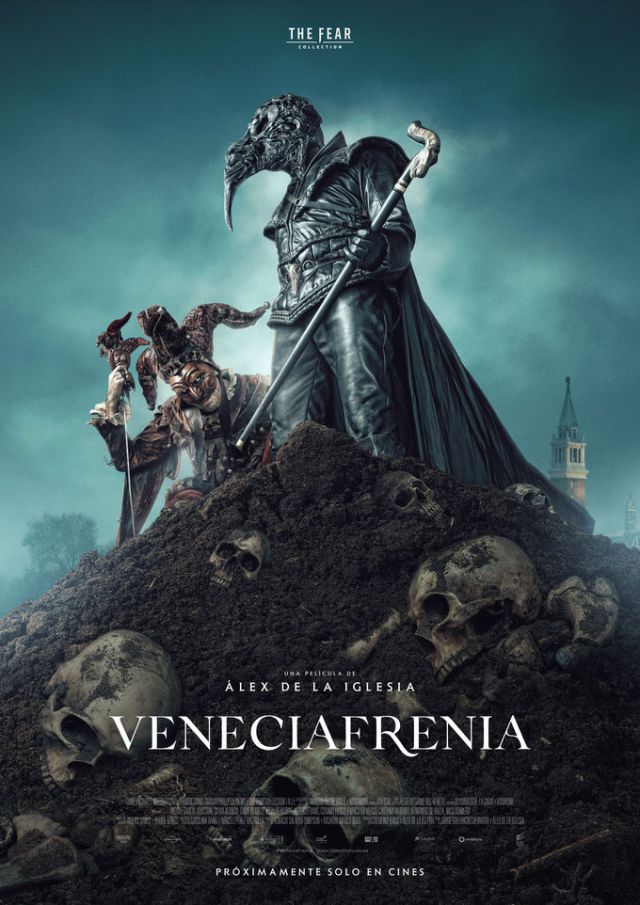 Venicefrenia: Next April, the Spanish filmmaker invites us to discover, exclusively in cinemas, his new work by Sony Pictures. Venicefrenia, Álex de la Iglesia’s new film work, confirms its final release date after its recent delay: April 22, 2022. After many doubts as a result of the pandemic, the work of the renowned Spanish filmmaker will arrive exclusively at the cinemas this coming spring. It is the first feature film from The Fear Collection, the film label created by Pokeepsie Films and Sony Pictures International Productions, in association with Amazon Prime Video.

Directed by Álex de la Iglesia himself, the script is written by de la Iglesia and Jorge Guerricaechevarría. We are talking about a production that seeks to dazzle horror and slasher lovers. Venicefrenia is starred by a cast of national and international actors of recognized prestige; from Ingrid García Jonsson to Silvia Alonso passing through Goize Blanco, Nicolás Illoro, Alberto Bang, Cosimo Fusco, Enrico Lo Verso, Armando di Razza, Caterina Murino and Nico Romero.

Terror, slasher and a cast of ordado; this is venicefrenia

“In nature there is an indissoluble link between beauty and death. The human being, indebted to his surroundings, imitates what he observes ”, reads the official synopsis. “Like mosquitoes drawn to the brightest lighthouse, tourists are turning off the light in the most beautiful city on the planet. The agony of the last decades has unleashed anger among the Venetians ”. In order to stop the invasion, some of them have organized relying on their survival instincts.

The protagonists, “a simple group of Spanish tourists, travel to Venice with the intention of having fun, oblivious to the problems that surround them. There they will be forced to fight to save their own lives ”.

It will not be until next April 22, 2022 when we can see if Veneciafrenia will become one of the great films of Álex de la Iglesia, winner of a Goya Award for The Day of the Beast (1995) and author of such acclaimed productions as Sad Ballad of Trumpet, The Oxford Crimes or The Community.

Family Chantelle: the most popular beach photos of Chantelle Jimeno on...

Obi-Wan Kenobi season 2? Here’s what Ewan McGregor and others think...