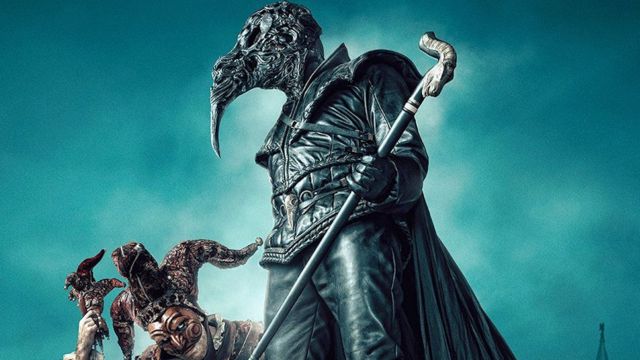 Venicefrenia: The Spanish director’s slasher film tells the story of some Spanish tourists who try to survive the wrath of the Venetians. Venice loses its splendor. After years of unsustainable tourism, this beautiful Italian city is about to explode. Year after year, month after month, dirty travelers leave their mark, fill the streets with trash and leave the place in deplorable condition. But no, the citizens are not going to allow it. This is Veneciafrenia, the new horror film by Spanish director Álex de la Iglesia, which has been shown in a teaser trailer marked by madness and terror.

Venice is not touched anymore

“In nature there is an indissoluble link between beauty and death. The human being, indebted to his environment, imitates what he observes. Like mosquitoes drawn to the brightest lighthouse, tourists are turning off the light in the most beautiful city on the planet, ”says the official synopsis. Fed up with the current situation, the agony of Venice has been heard for decades, although the Venetians are going to say something about it.

“To stop the invasion, some have organized and unleashed their survival instincts. Our protagonists, a simple group of Spanish tourists, travel to Venice with the intention of having fun, oblivious to the problems that surround them. There they will be forced to fight to save their own lives ”. Can you imagine having to face a demonic mob that will do everything in their power to save their home? Will you survive the dance of death that, like a Venetian carnival, will dye the beautiful pictures of colors (scarlet red, in this case)?

Veneciafrenia is a classic horror slasher with a cast led by Ingrid García-Jonsson. The trio of friends is completed by the characters of Silvia Alonso and Goize Blanco. Nicolás Illoro, Alberto Bang, Enrico Lo Verso and Cosimo Fusco are part of the cast. The premiere of the film is scheduled for next September 26.