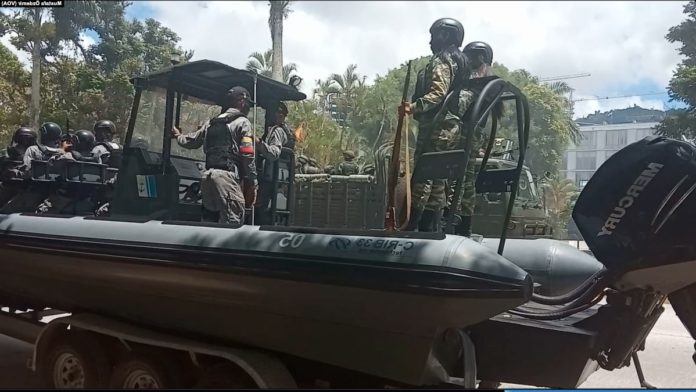 The military exercise Sovereignty and Peace 2019 , which began on September 10, is continuing at the Colombian border as part of the orange alarm launched by the Venezuelan Army against threats from Colombia.

Ceballos stated that the Venezuelan Army has all kinds of discovery and detection tools produced in different countries and that they have increased their military capabilities to protect the Venezuelan airspace and will continue to defend their national sovereignty against the violations.

Remigio Ceballos, a month ago, President Nicolas Maduro, citing Colombia’s possible attacks on the army, the orange alarm, initially planned until September 28, although the continuation of the date and how long it will continue until the date specified.

The Venezuelan Army has a border of 2,292 km with Colombia, and military exercises are held in Venezuela’s border states, Zulia, Tachira, Apure and Amazonas.

On the other hand, the Colombian Navy is organizing the exercise Humanitarian Aid and Disaster , which is planned to continue between September 30 and October 5, with the participation of members of the Marine Corps Special Purpose Air Force Task Force of the South American Command.