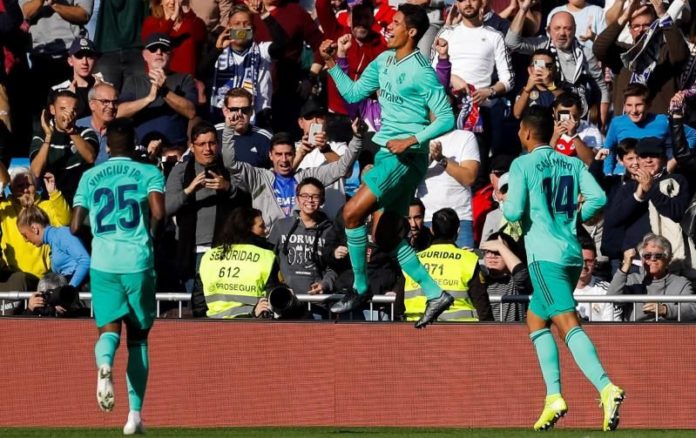 The French Real Madrid central Raphael Varane analyzed the victory against Espanyol (2-0) and said that they are increasingly “more confident” after adding nine games without knowing the defeat and that they are “prepared” to face two difficult outings against him Valencia and Barcelona.

“We have a streak of complicated matches and we are prepared. We are increasingly confident. We will continue to have a good run and finish the year well, ”Varane analyzed in Movistar + microphones.

“It has been a very demanding game on a physical level, the opponent has pressured us a lot and we had to have patience to find the goal. It was a match played against a good rival. We tried to play our football as usual, but the last one was missing pass to hurt the rival, ”he analyzed.

A Varane who opened the scoring, in his first goal this season, in minute 38: “I try to help the team. We are a team, a group, the strikers help us sometimes and we do too. I am happy for the goal.” , valued.

In addition, the central valued the expulsion of Mendy and the non-expulsion of Vinicius in the first part after an entry on David López when he was already yellow: “They are doubtful plays; I have some doubts because from where I am in the field it does not look good, it is not clear. In the end we have endured 10 against 11 well, again goal to zero and that is very good, “he concluded.

The NFL World Reacts to Monday’s Big Streaming News – The...

Another British Giant Is Also Interested In Lionel Messi