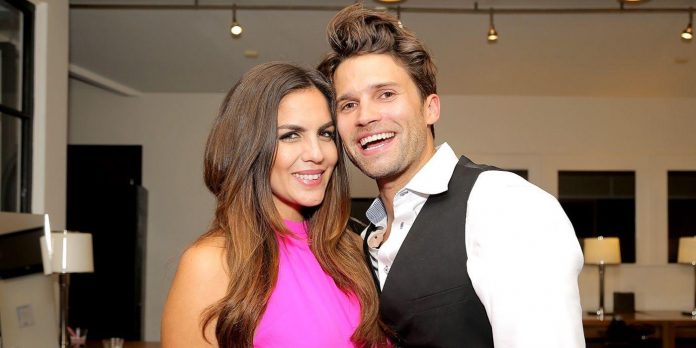 Tom Schwartz and Katie Maloney from Vanderpump Rules recently shared that they are packing up their stuff and moving out of the house. Back in March, Tom and Katie told fans in separate Instagram posts that they had decided to divorce. Although the news was unpleasant, it did not come as a surprise to many. The couple starred in “Vanderpump Rules” from the first season, and fans have been witnessing their tumultuous relationship for years.

Tom and Katie’s relationship suffered when he confessed to cheating on Katie in the third season of Vanderpump Rules. Although she decided to give him another chance, his lack of commitment to her made her think twice, especially after he gave her a ring for Christmas. Despite his commitment issues, Tom finally proposed to Katie with a real engagement ring, and they got married in 2016. Later it turned out that Tom had submitted the documents incorrectly, so their marriage was not legal. The stars of the “Vanderpump Rules” finally officially announced it in 2019 during a trip to Las Vegas.

Since the announcement of their divorce, Tom and Katie have still been living together in their Los Angeles home, which they bought in 2019. However, as Page Six reports, on Sunday Katie shared a story on Instagram in which she posed in front of cardboard boxes. She wrote: “Update… if you’re interested… I just live among a sea of boxes. Moving in 2 days.” Tom shared a photo of their two dogs, Gordo and Butter, standing at the top of the stairs with the caption “Children of Divorce.” Katie had previously stated that both she and Tom wanted to move out of their Valley Village home because the four-bedroom house was too big for one person.

The stars of “Vanderpump Rules” naturally have mutual friends since they starred in the series for nine years. Raquel Leviss recently stated that some actors, such as Sheana Shay, are torn between Tom and Katie. However, Katie said she categorically told her friends not to take sides. After the breakup, she and Tom tried to maintain friendly relations and remain friends. They were even spotted having lunch together five days after the announcement of the separation. Fans of Vanderpump Rules hoped that the couple reconciled, but just a few weeks later, Katie filed for divorce.

Tom and Katie’s breakup followed two major breakups of Vanderpump Rules. James Kennedy and Raquel announced the termination of their engagement during the Season 9 reunion, which came as a shock to their castmates. A few months later, Lala Kent and her fiance Randall Emmett broke up after she found evidence that he cheated on her. Since most of the cast has disbanded, many fans are wondering what the future holds for Vanderpump Rules.

Breaking Bad: The death of Gustavo Fring was inspired by this...