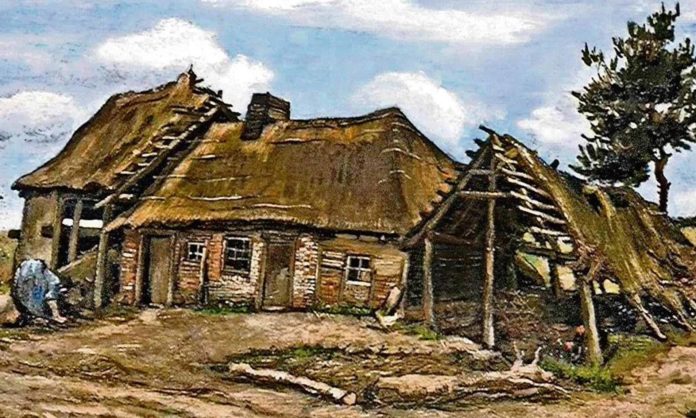 Van Gogh Table, The First Price Of The 4 Pounds, Is On Sale For 15 Million Euros.

Paintings by the famous Dutch painter Vincent Van Gogh are now sold for millions of euros. But this was not always the case. In the 1960s a trader bought van Gogh’s painting for £ 4. The table, which was sold at £ 4 then, was put up for sale for 15 million euros.

A painting of Vincent van Gogh to be sold in the coming days was drawn in 1885 in the town of Noord Brabant, where he was born by the famous painter . The painting is currently in the catalog of the Dickinson Auction in London.

The picture, which is expected to be sold for 15 million euros in the coming days, first appeared at a home auction in England in the 1960s. A British trader bought the unknown artist at that time at the £ 4 auction.

This very unknown painting by Van Gogh was sold to another collector for £ 264,000 in 1985. The painting, which has changed hands over the years, was finally sold for $ 1.7 million . Van Gogh’s painting will now be available once again at the TEFAF Art Fair in the Netherlands.

Emma Ward, director of the Dickinson Gallery, in the catalog of the painting, explained that the painting with a typical Brabant farm image is a unique work like van Gogh’s Potato Eaters .

Apart from Van Gogh’s painting in the catalog of the Dickinson Gallery, a painting on people walking in the Boulogne park near Paris in 1886 will also be available for sale at the TEFAF Art Fair.