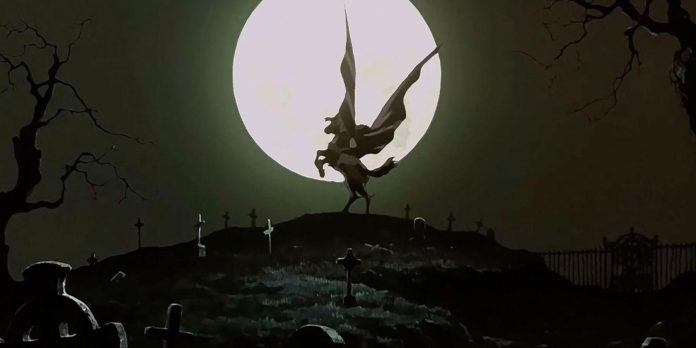 Vampires are one of the most common monsters in the world of fiction, from the old superstitions that inspired the undead to the most modern film adaptations. Some details come in and out of fashion, but some concepts remain important to lore in one form or another over the years.

At the moment, vampires can also be a separate genre. Action movies, horror, romance, comedy, science fiction and more show a healthy influx of vampires to make things interesting. The rules aren’t always consistent, some of them seem too old-fashioned to stick to, but at least one detail of the myth remains key to modern vampire fiction.

A dhampir (sometimes spelled as a dhampir) is a child who has one human parent and one vampire parent. From the earliest days of vampire superstition in Balkan myths, sexuality has been a key aspect of the creature’s history. It was believed that male vampires returned from the graves to seduce women, often widows, whom they left after their demise. As a result, the child will have all the gifts of his vampire parent with little or no cursed flaws. The vampire parent is almost always a man, since classic female vampires tend to have one or another version of infertility. In these early stories about half-vampires, you can see them in different roles. Some of them are normal members of society, other myths paint them as cursed children doomed to a short painful life. A common trend among Dhampirs, even in the early days, was the position of a vampire hunter, a nuisance to human society.

In classical Balkan myths, many nocturnal creatures were invisible. The Dhampirs were the only ones who could see them and therefore could finish them off. This image has been preserved to this day, depicting a dhampir as a hunter of his kind. Blade, Alucard from Castlevania, D, Rain from BloodRayne, all these dhampirs earn their living by hunting the creatures that spawned them. Most often, the creature that spawned them is their main target. The concept of a half-vampire using his powers to defeat a full vampire sounds so sharp and modern that it is interesting to know that it originates in an ancient myth. The elements change, but the central thesis of the trail is hundreds of years old.

The level of vampire weakness affecting a dhampir depends on the narrative. Most of them are free to go out in the sun, removing the most significant debuff that vampirism imposes on the victim. Blade is colloquially called a “Diary” because of his ability to go out in the sun. In most cases, this works as a solid narrative detail, because limiting the narrative to a strictly nightly schedule can be somewhat limiting. Vampires have a number of weaknesses that no longer appear as often, most of which have no power over dhampirs. Garlic and silver are usually ineffective against dhampirs, which allows them to use them in their hunting. Sometimes their child is affected by a more obscure vampire disease. Dracula’s boy, Adrian, who takes the name Alucard as opposed to his father, doesn’t suffer much from the sun, but he still can’t cross running water easily. The game in which he is best known for his role, Symphony of the Night dealt damage to any player who tried to jump over the river.

There are some fictional dhampirs who do not become professional killers of their relatives, but usually things are even worse for them. Vampire Hunter D is the main character, but D is not the only dhampir in the franchise. The sixth novel features a character named Granny Viper, who, instead of hunting and killing nocturnal creatures, uses a similar set of skills to find abducted children. Known among locals as the Seeker of People, she looks like a detective and a bounty hunter who tracks down and delivers stolen children. It is also mentioned in this series that many Dhampirs succumb to the dark side of their origin and end up on the kill list of another half-vampire. Many stories tell about the birth of a dhampir, when the birth of a half-human, half-vampire changes the world forever. These characters do not always survive childhood, and some prophecies usually foreshadow them.

Dhampirs tend to follow very similar basic narrative concepts with slight variations. The idea of a vampire child growing up to use his powers to save humanity from evil has been attracting viewers’ attention for generations, and it’s not going anywhere. No matter how sharp and modern they may seem, half-vampires have been an integral part of monster stories since the very first days of the concept. From Marvel comics to original classic anime and cult video games, the dhampir is an important part of the history of vampire literature. Dhampirs will remain an integral part of future generations.

Illustration turned into a video game